Home › Trip Reports › On the Other Side: Whitmore Point

On the Other Side: Whitmore Point

I believe it was Squaw Creek that began a recurring dream I have. I used to hike it during the summers I spent as an adolescent at Squaw Valley, California, every time connecting to something that pushes one on to see what’s next, what’s on the other side, of anything.

The dream is discovering something incredible just beyond the scope of my known world. Living in the suburban sprawl of the Bay Area I get that, but living here in Southern Utah there’s three hundred sixty degrees of what looks like the end of the world, geology that is not only daunting if not prohibitive to traverse (the slice of I-15 notwithstanding), and it challenges you to imagine what’s on the other side.

I’ve realized the dream a number of times, Toroweep, The Barracks, The Grand Staircase, and over this past weekend, our first foray into exploring and writing a series about the Parashant National Monument, the Grand Canyon’s lesser known sister. And I’m taking a risk here in violating that lesser known aspect of this area, especially Whitmore Point, because it’s so pristine you don’t want anyone else to spoil it.

This trip was also the maiden voyage for the dream machine, the Montero’s test run having built her new suspension and shod with 33 inch mudders. 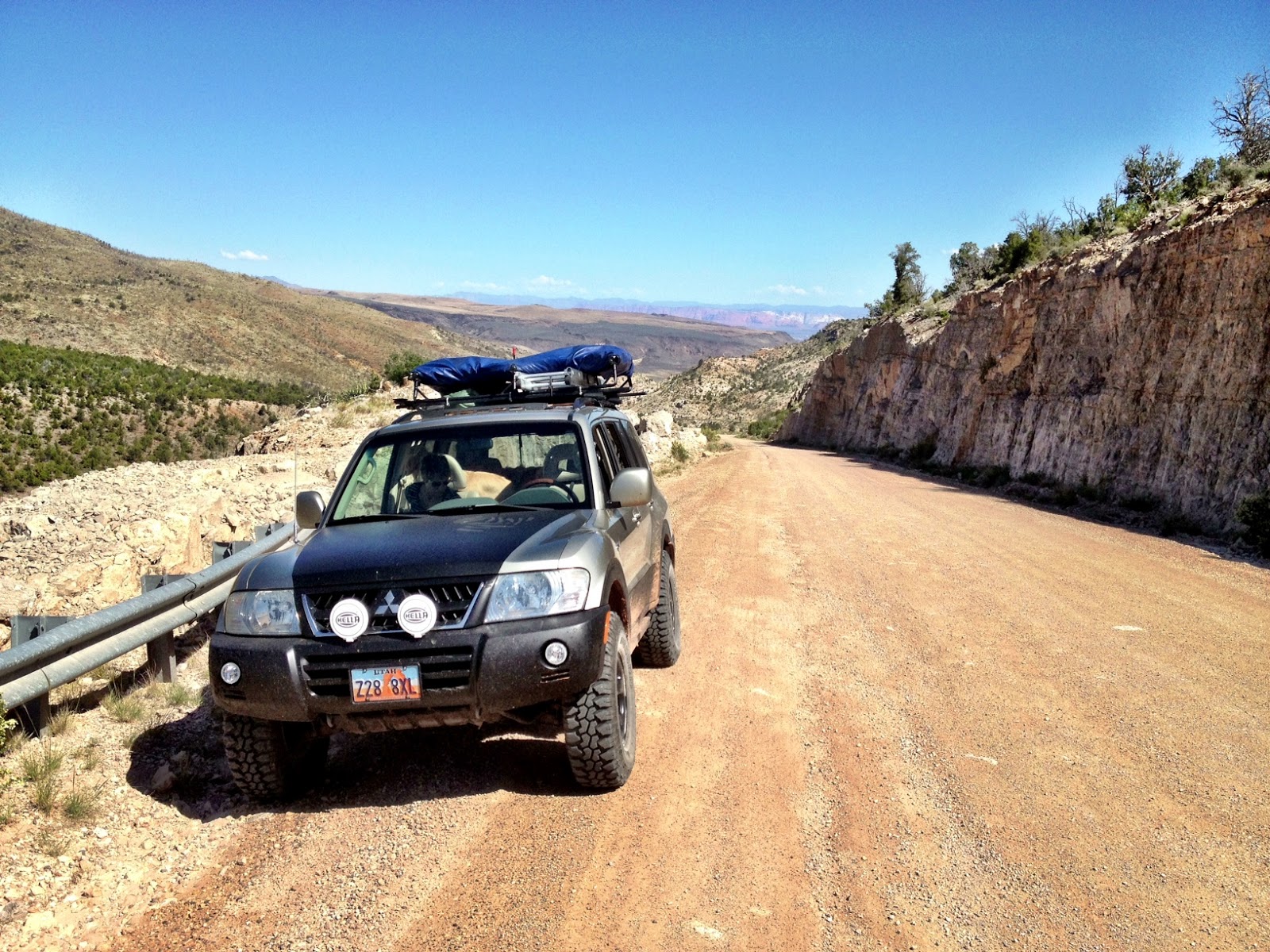 The trip begins the same as the drive to Toroweap on the Mt. Trumbull Loop Road, the Strip’s access out of St. George. Take it to the schoolhouse and then, well, you can do two things; look it up on a Topo map and navigate from there, or send me a request for directions written on a box containing a brand new Warn VR8000 winch and send it to my address, and I’ll be glad to give you detailed directions.

I use a Topo Map application on my iPad mounted in the cabin. I download all the pertinent maps I need for our traverse and then orient us along the way. No GPS, no WiFi, it’s all there and very handy.

The track is passable at speed until the ascent is made out of Whitmore Canyon. High clearance, 4WD is necessary. I’ll come back to that on our return trip. 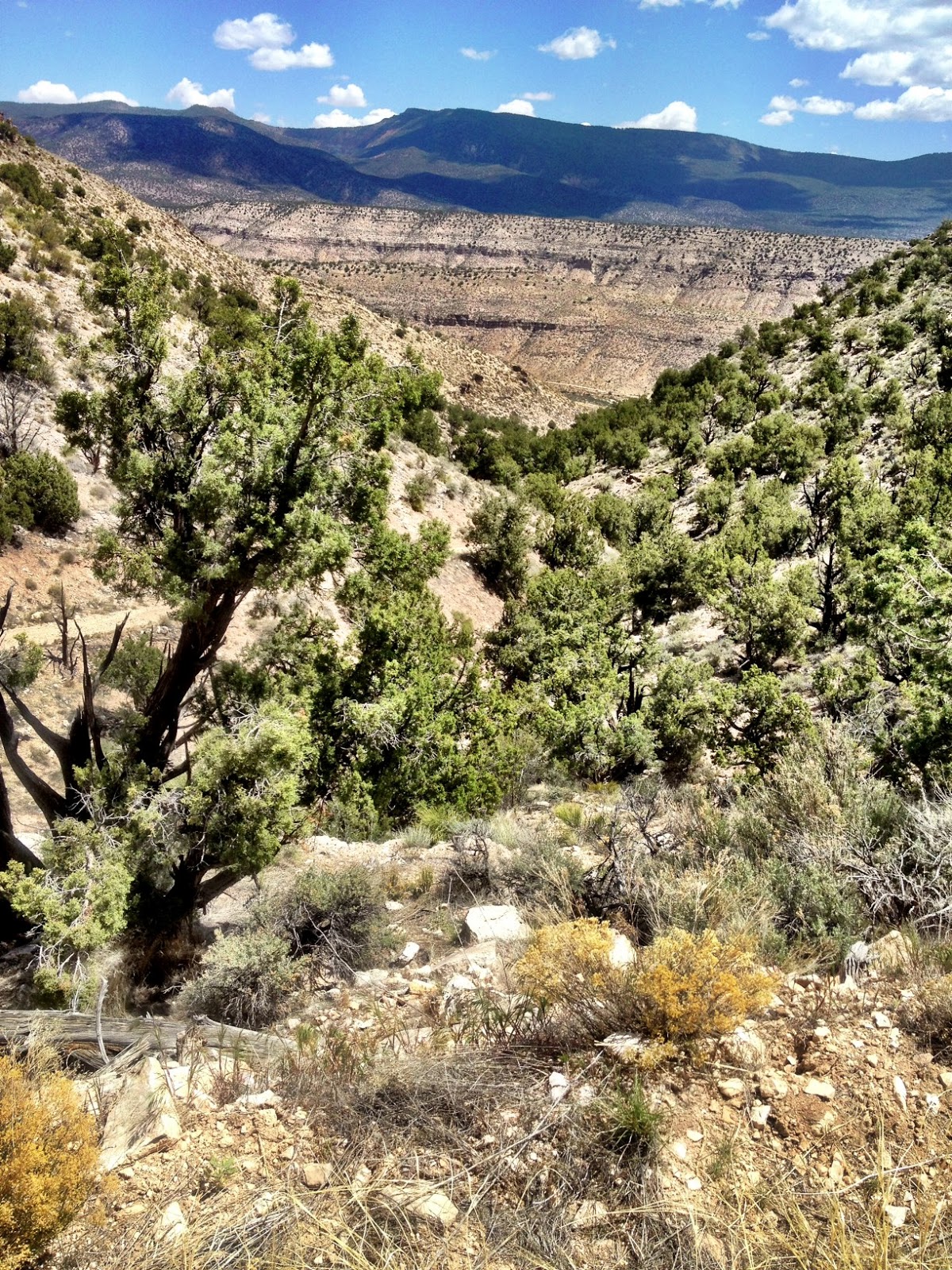 Within a couple of miles of mounting the Whitmore mesa the track crosses into the Lake Mead National Recreation Area, though any body of water is still miles away. About two and half more miles and the track reveals this:

The Parashant Canyon is under the stewardship of both the NPS and the BLM hand was established as a National Monument January of 2000. It’s base is at 1,230 feet and we reached 5,400 feet at our camp. A 2005 expedition discovered a new family of cricket species, and a few other creepy crawlies that took a bite or two from us.

We navigated to Whitmore Point and explored all the possibilities to camp and settled on the view of the Parashant. I know of a few who’ve been here before and want to thank them for their no-trace camping.

We set up camp and Mindy initiated the little camp kitchen I built into the Montero’s rear door, making us lunch. 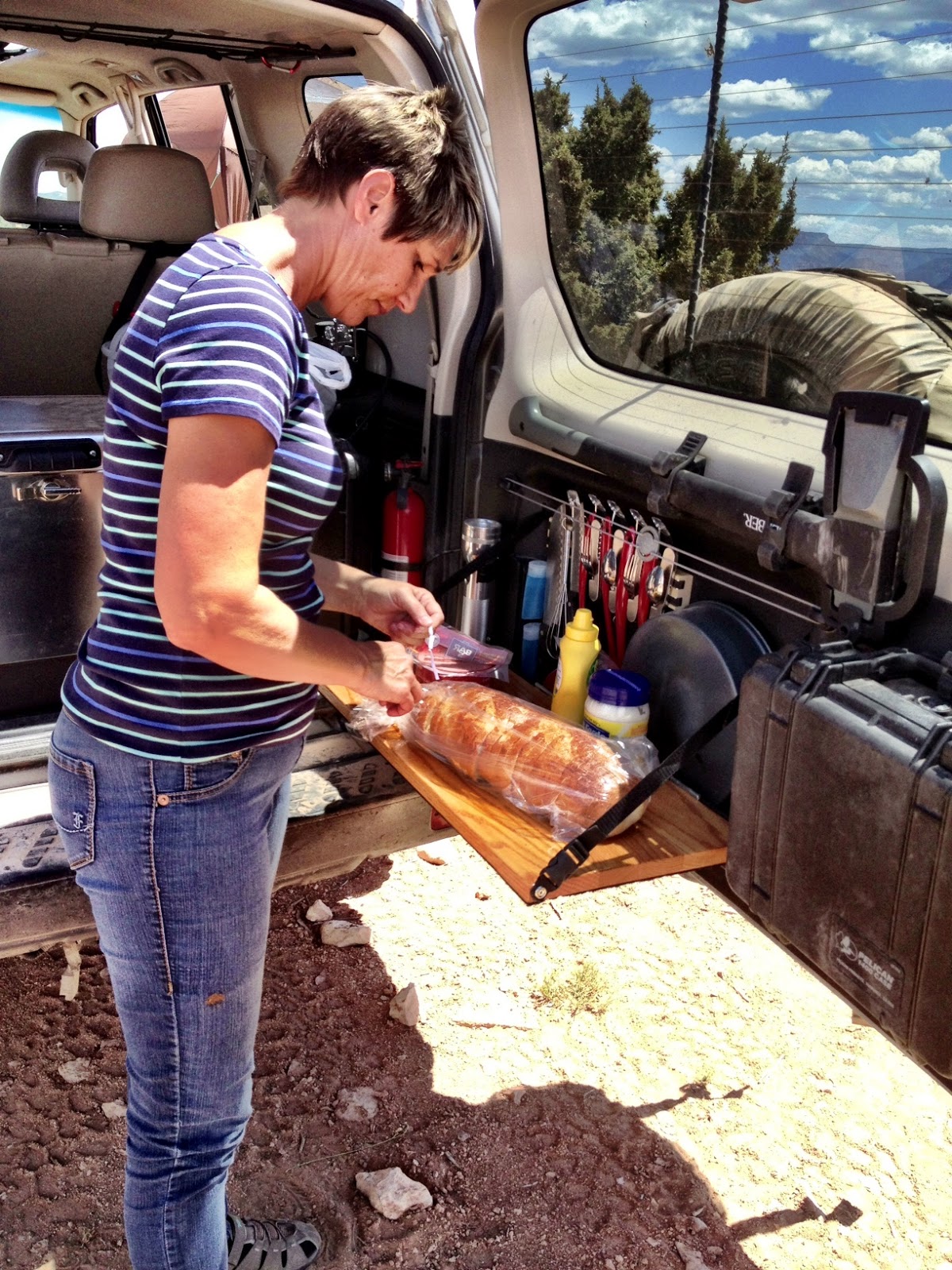 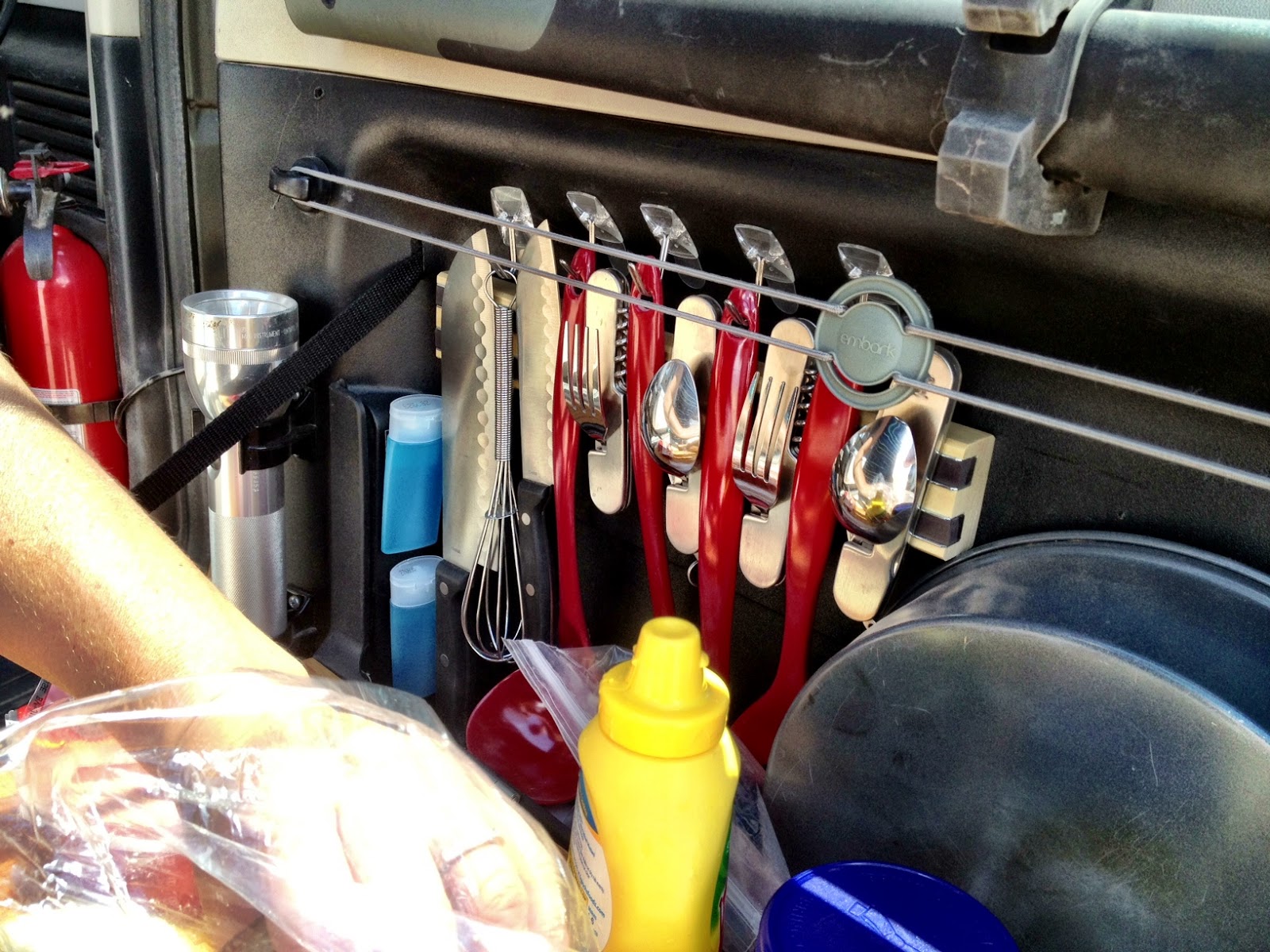 We made the trip in under three hours, 80 miles, spoiling us to spend much of our time relaxing and enjoying the area. The layers of the canyon plunge the Paleozoic and Mesozoic eras, eroded by tributaries from the mighty Colorado. When lava flowed through the Grand Canyon it dammed the Colorado at the Toroweap and Whitmore sites, diverting its flow and carving out the canyons. Its cinder cones and evidence of violent subduction contrast its geology to the plains of the Colorado Plateau, the two separated by the impassable fault of the Hurricane Cliffs.

We soaked up some sun, some gnat bites, and read the novel we started at Red Cliffs. Take your eyes away from the canyon and bring them back and see it anew, the light exaggerating contours and crevasses, the color popping from the light’s penetration of thicker atmosphere at the horizon. 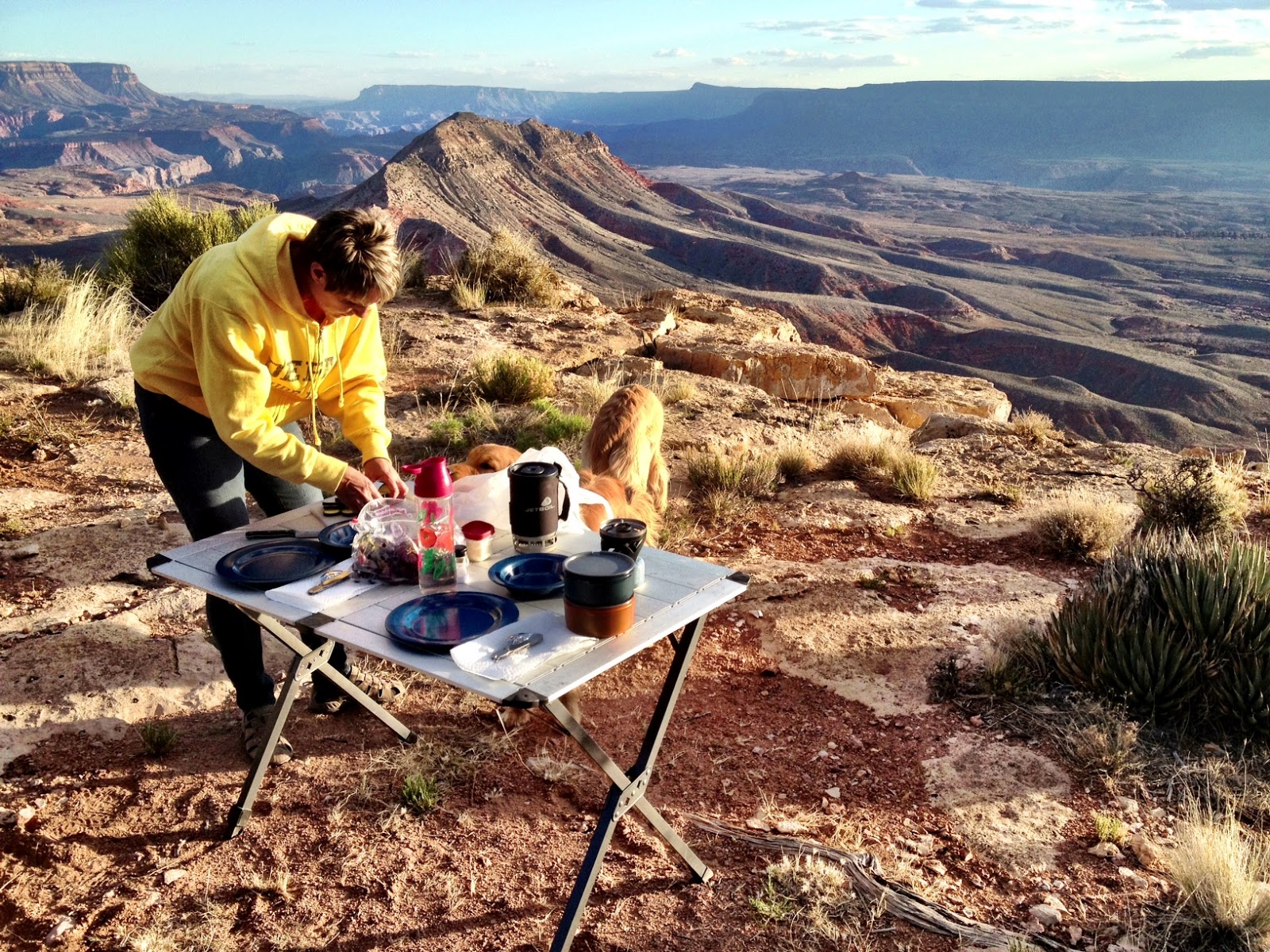 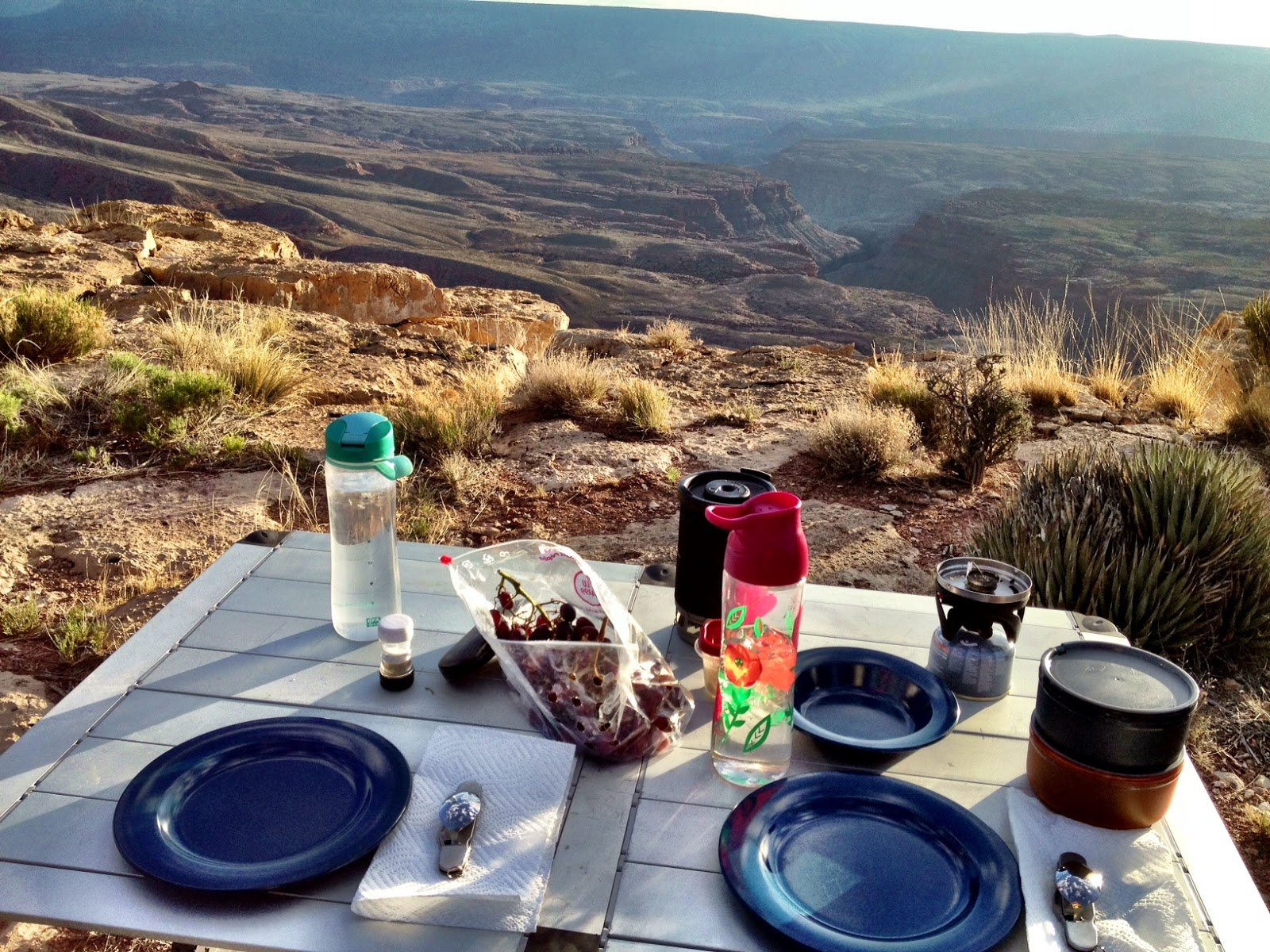 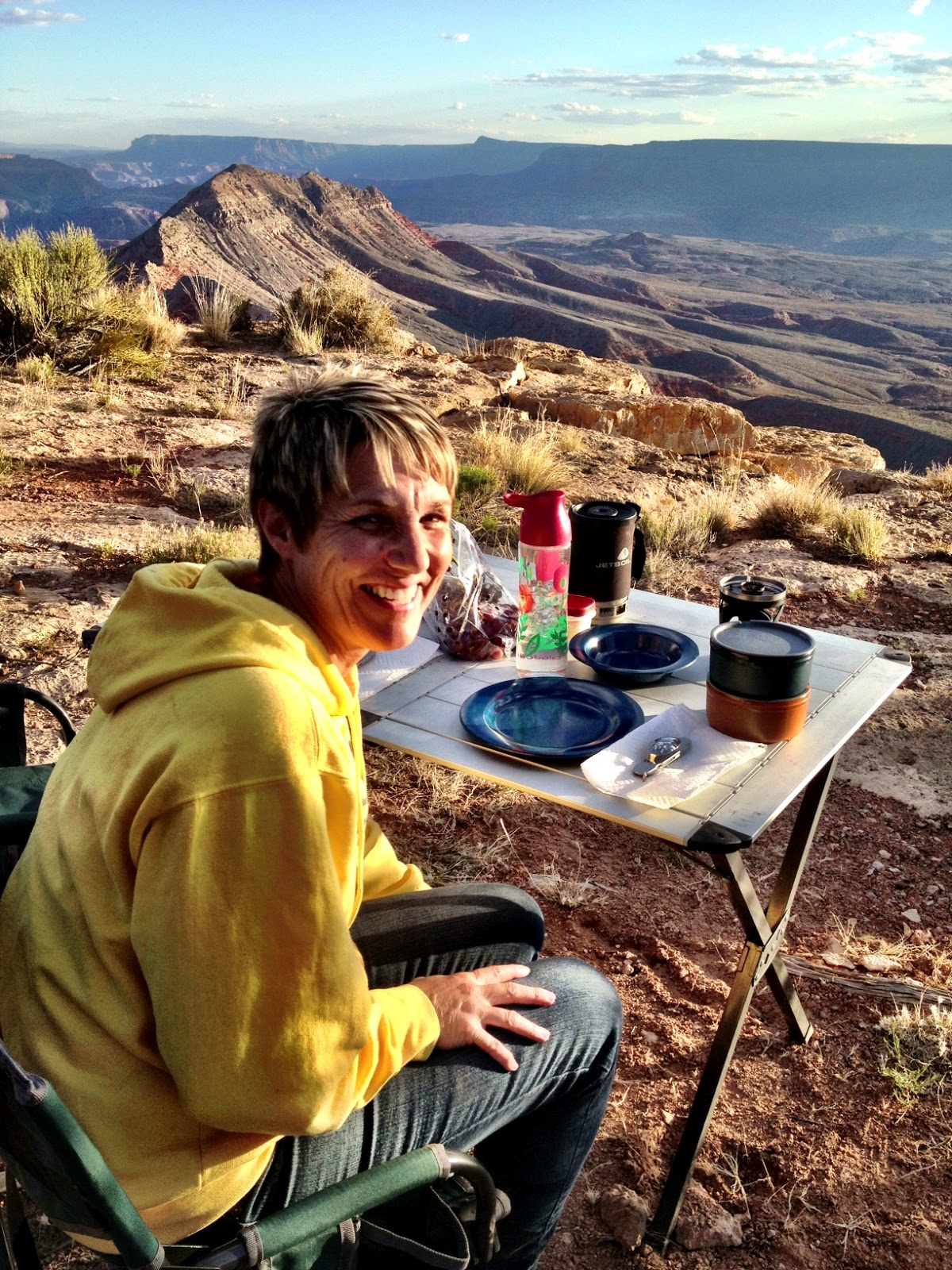 The day before we left, a neighbor was kind enough to share some Striped Bass fillets he’d just caught at Lake Powell. I cooked them up for dinner along with squash and rice. Note: JetBoils require some finesse for rice. I’ve yet to figure that finesse out. 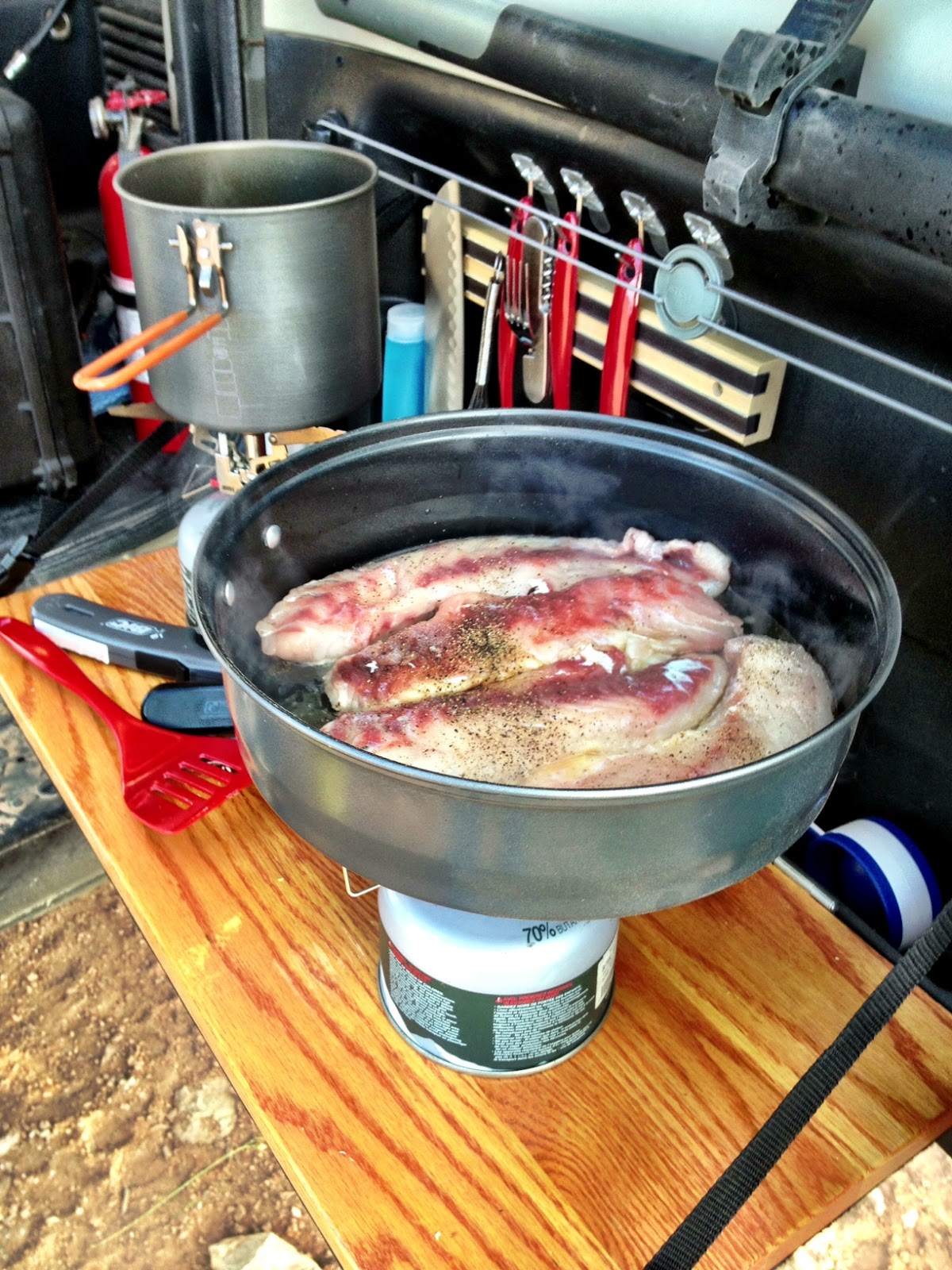 The phrase has become cliche, I know, but – it just doesn’t get any better than this. 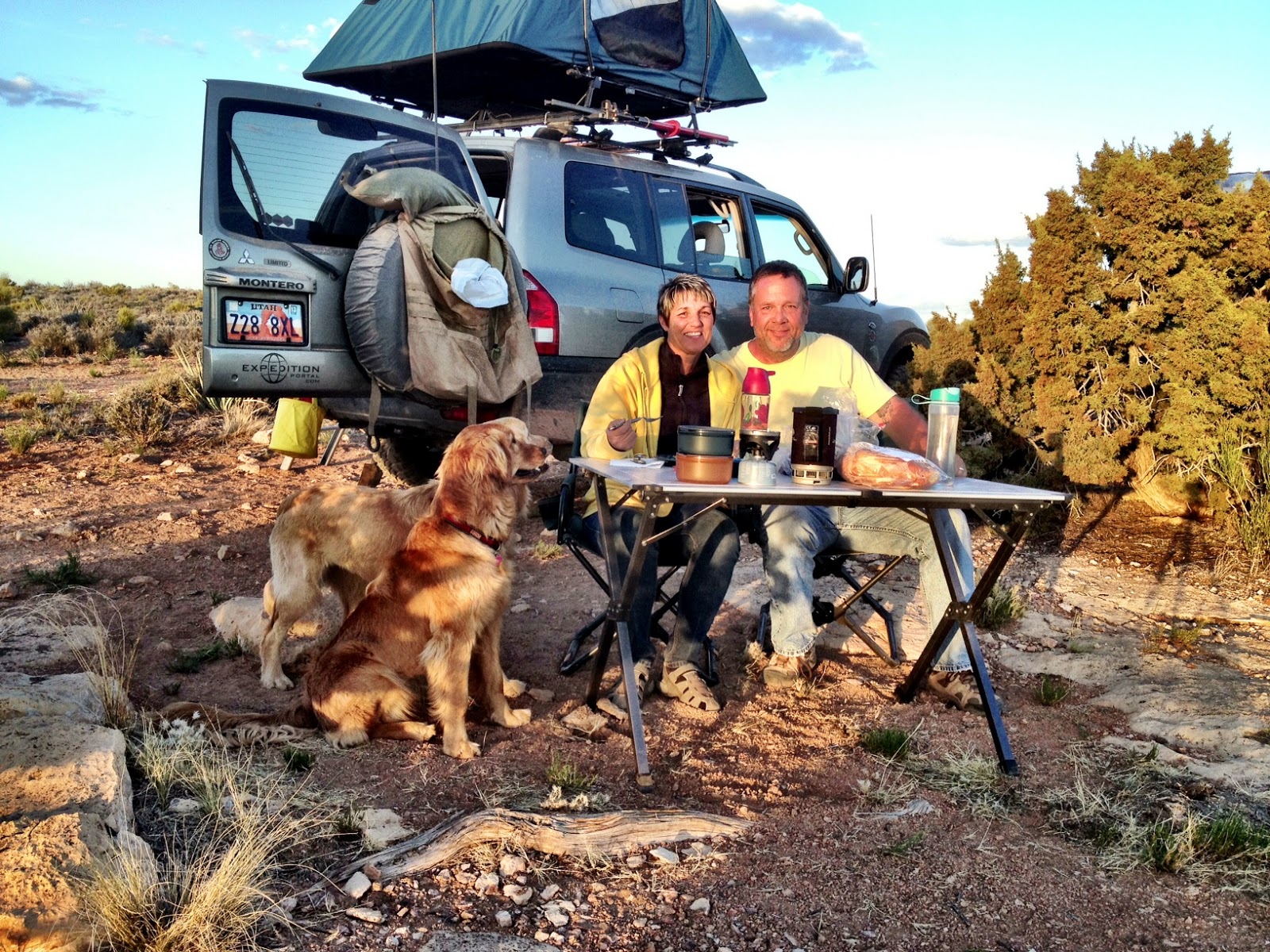 The sunset filled what was left of our day. 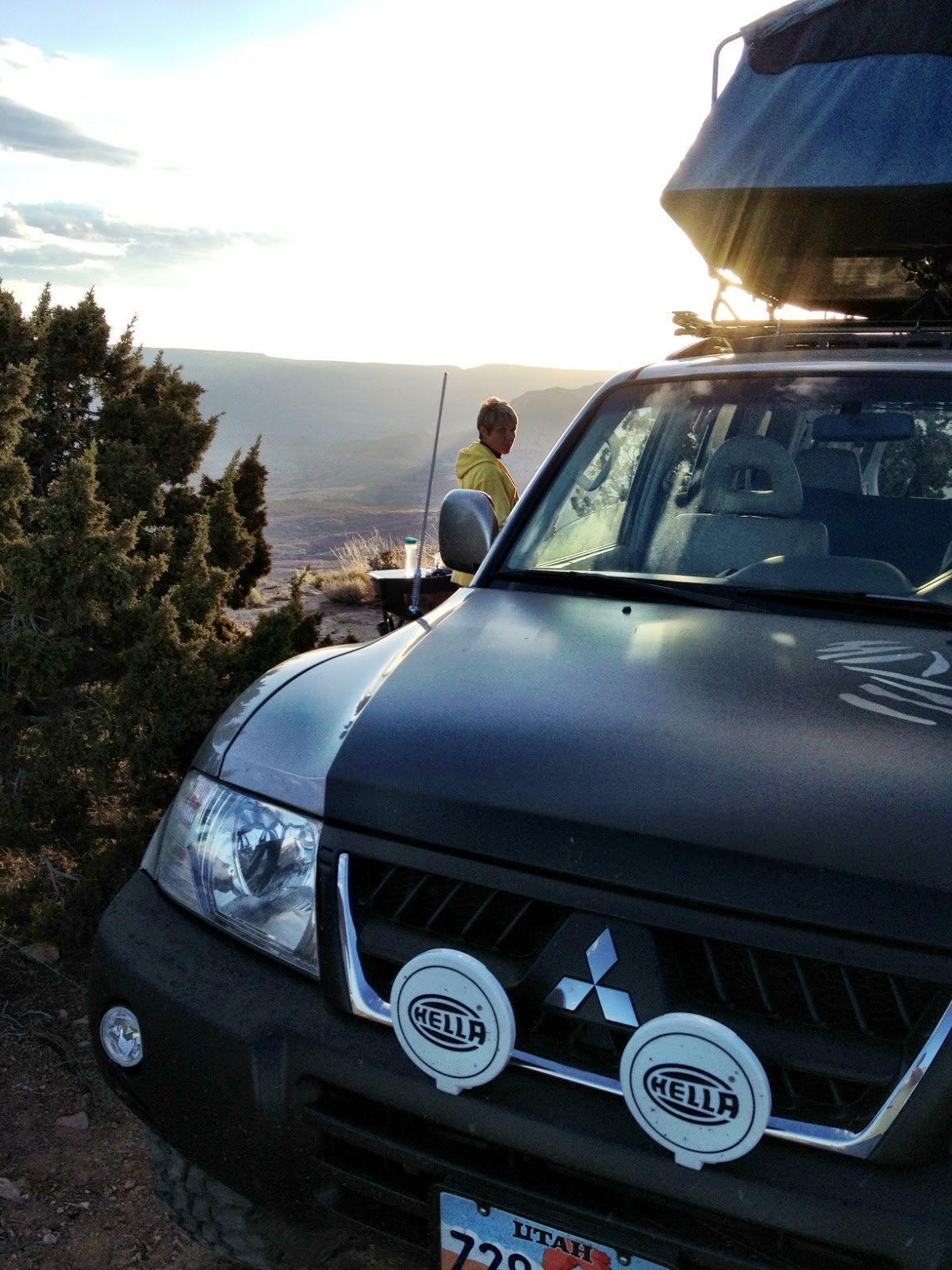 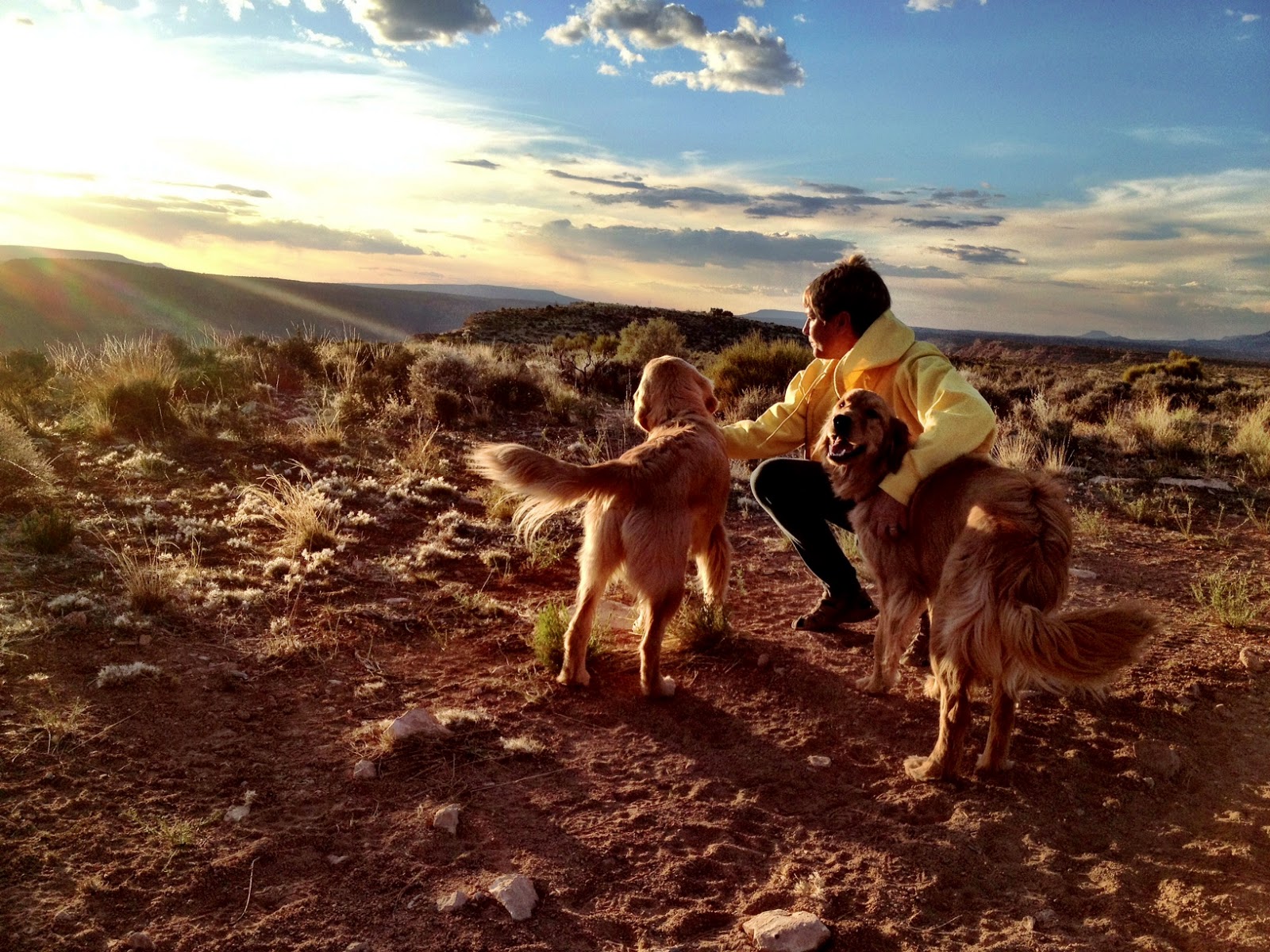 Arizona’s non-recognition of Daylight Savings Time was lost on Ginger and Maryann who spend their camping nights in the doghouse, the rear of the Montero. They rose early, very early. 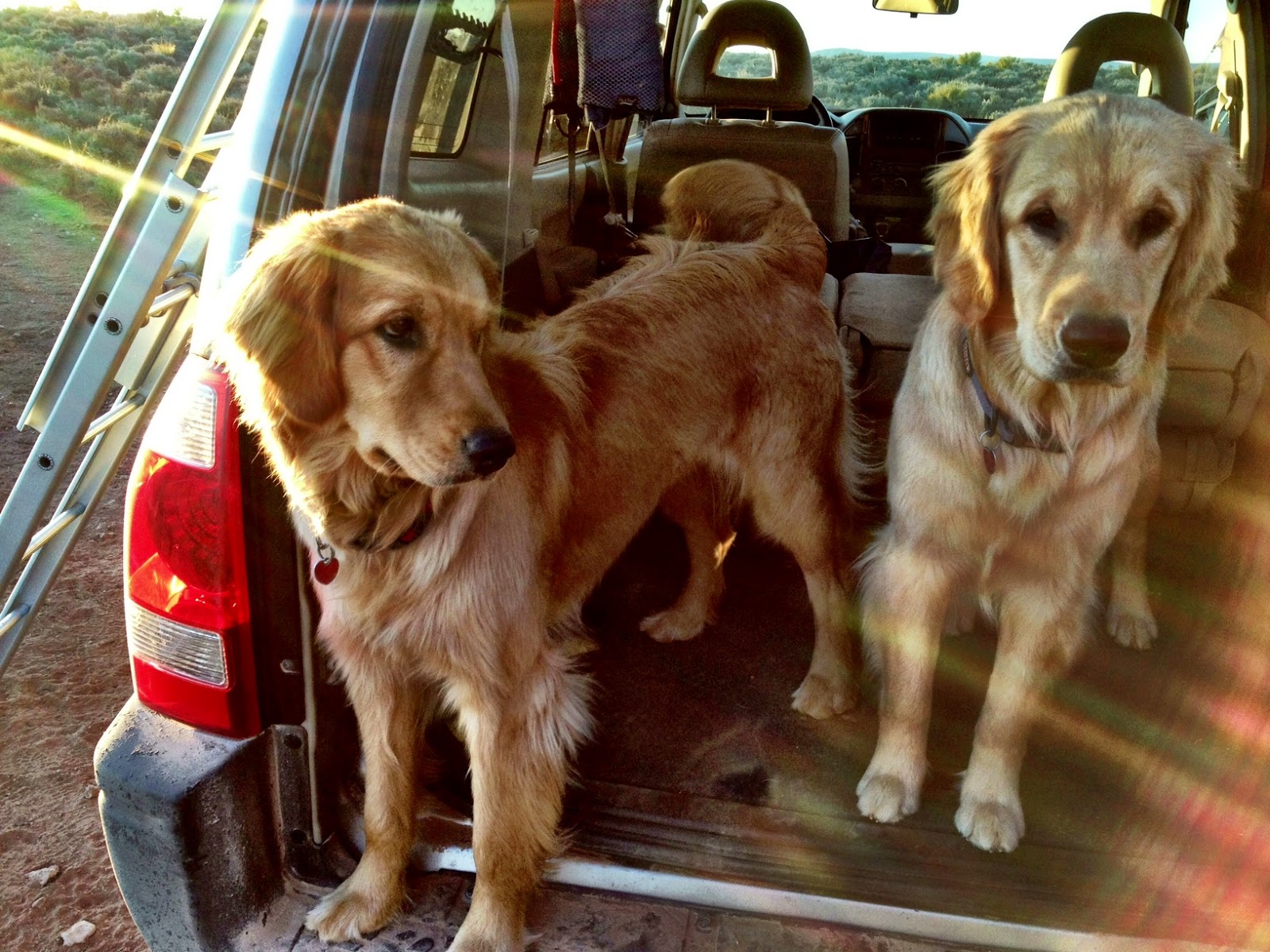 But that got me up to watch the light pour over the edges. 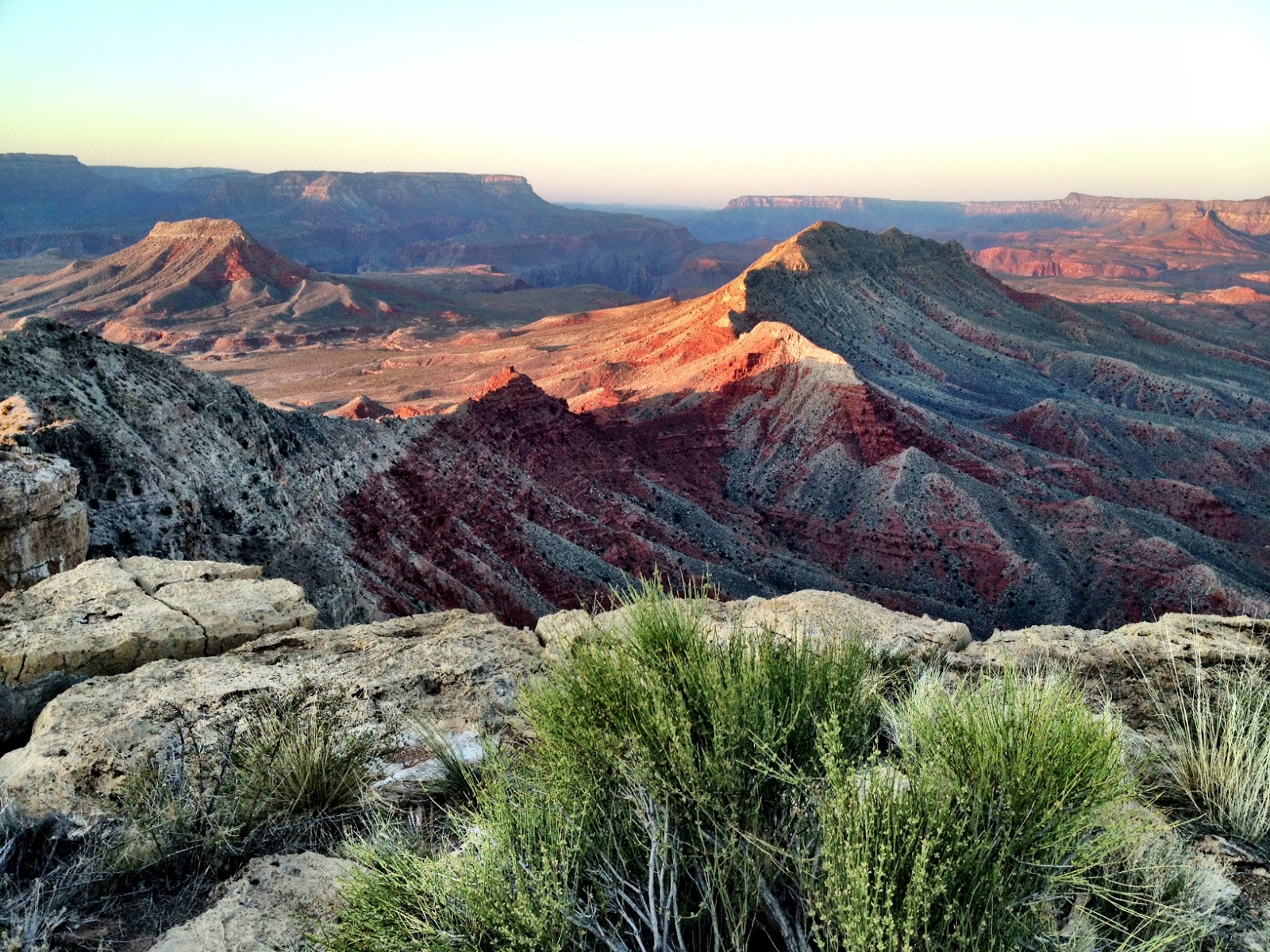 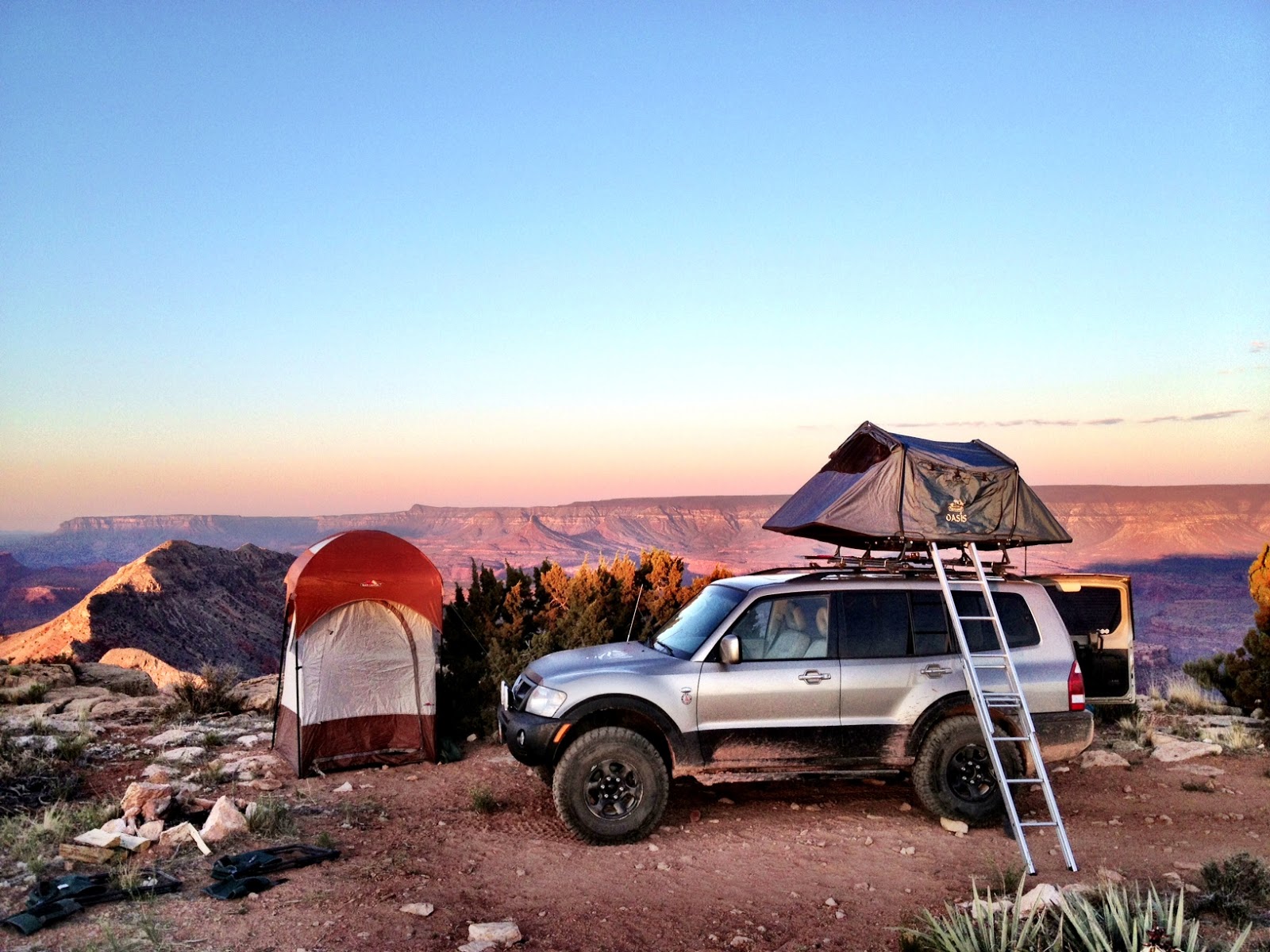 The girls are still a bit confused as to how to get to Mindy in the roof-top tent. 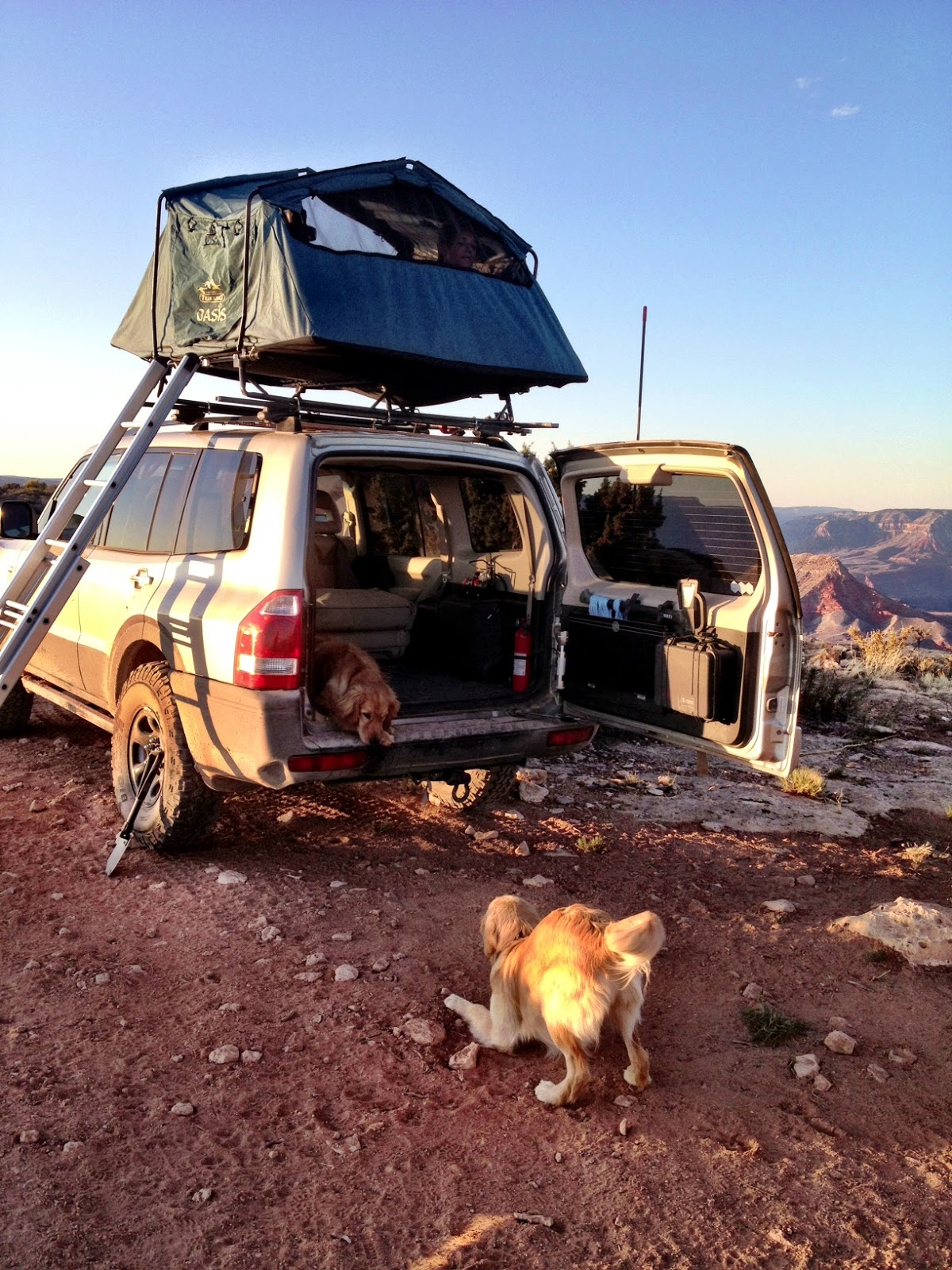 This is what she woke up to. 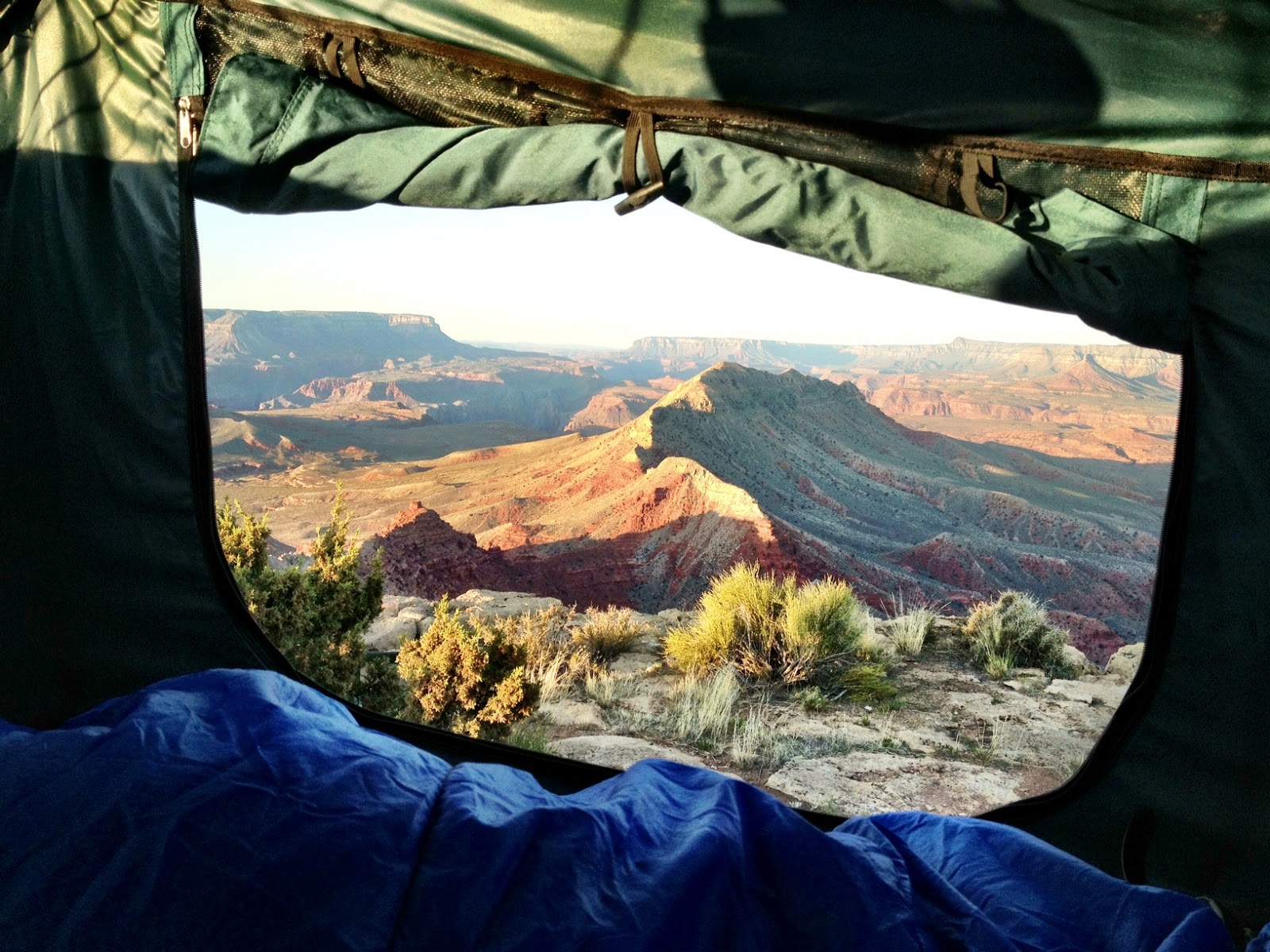 This is my view coming out of the RTT. 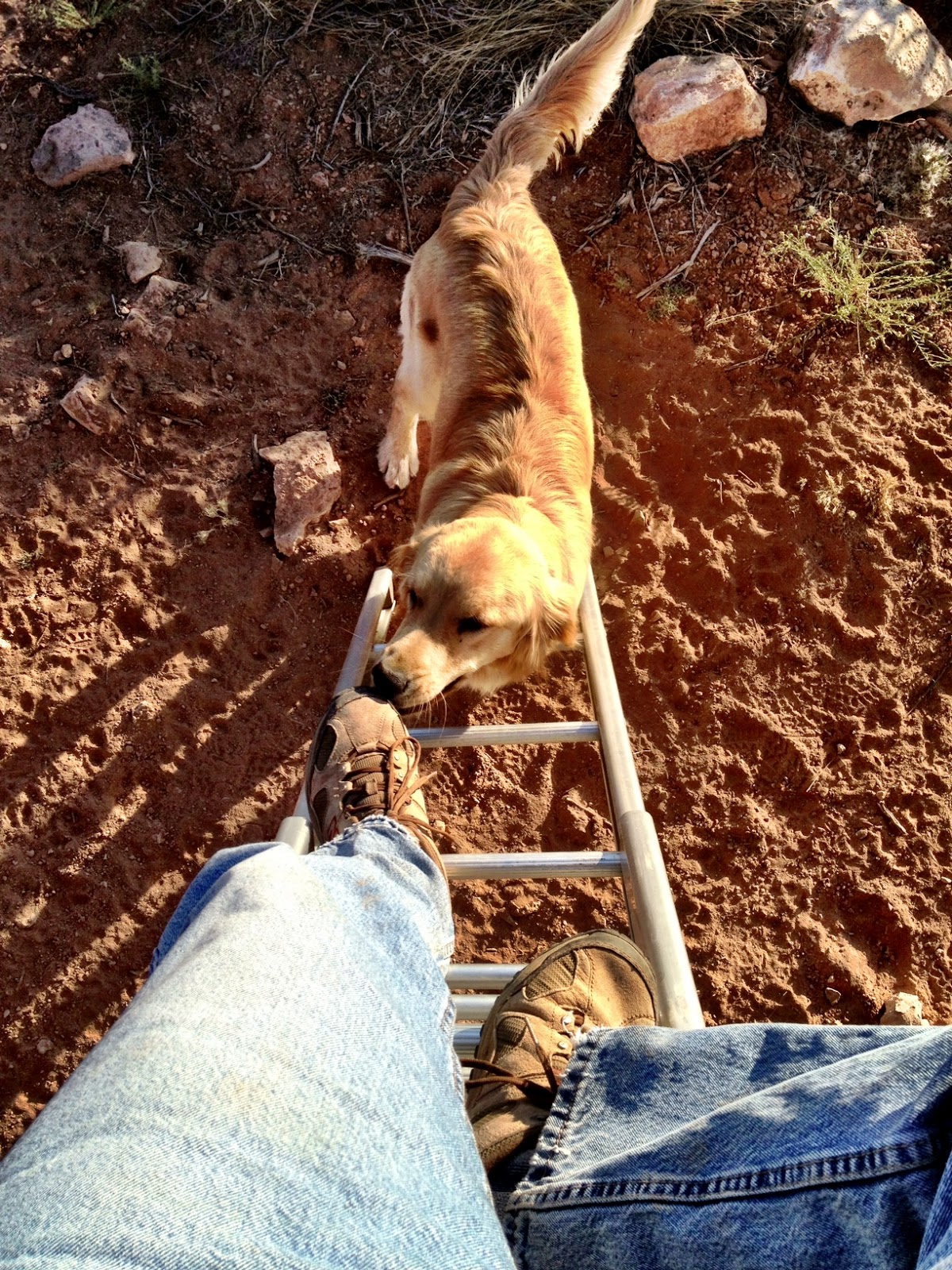 Grapefruit and yogurt balanced with bacon and eggs got us kicking along with the best coffee ever made from our trusty JetBoil (again, thanks Matt).

Mid-morning we struck camp, packed up the pooches and ambled our way back from the dream. 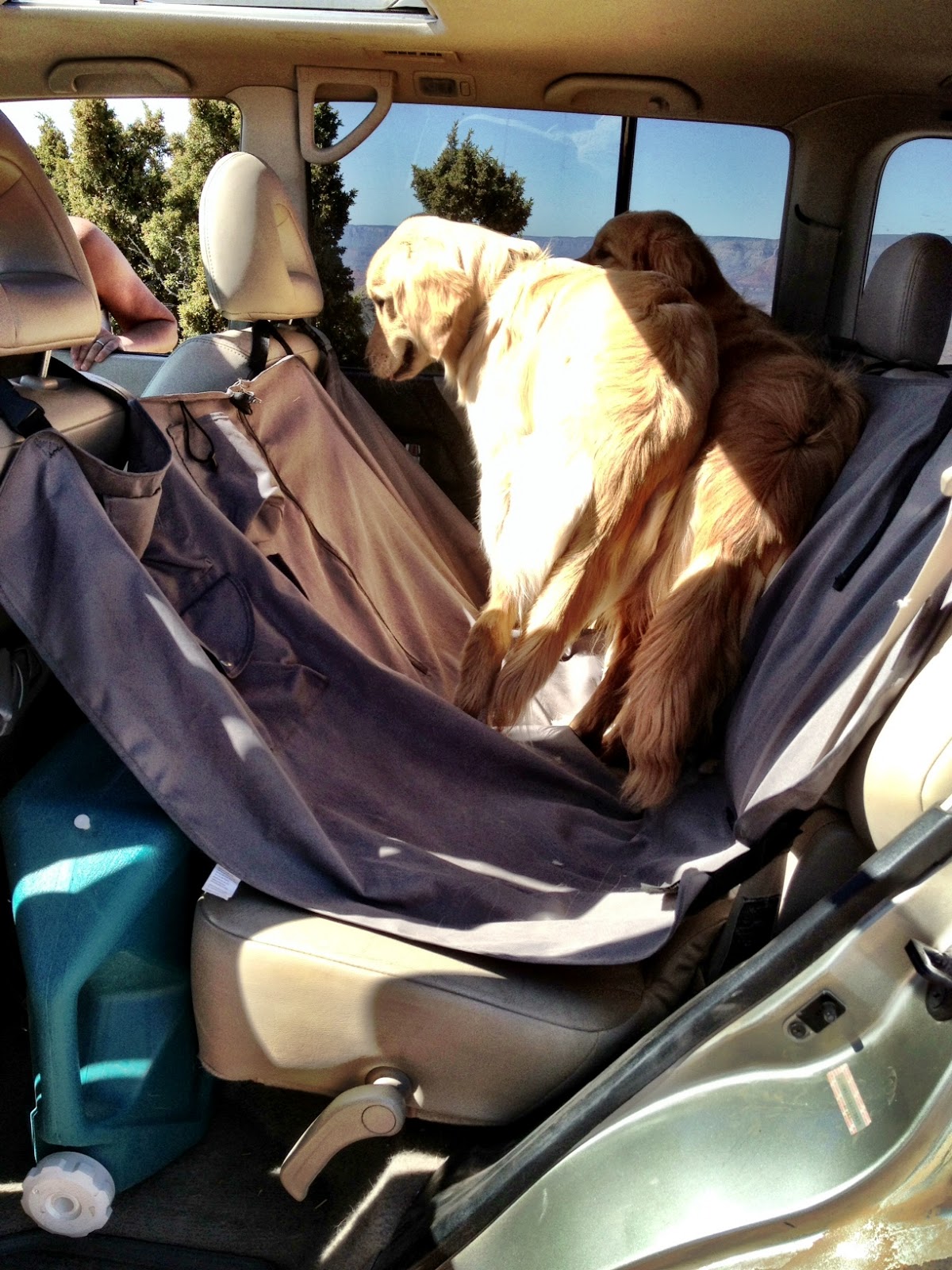 The track on the mesa can be rocky making for a forced slow going with one dog prone to car-sickness. The pace lets us enjoy the scenery longer and take in the perfume of blossoms surrounding our trek. 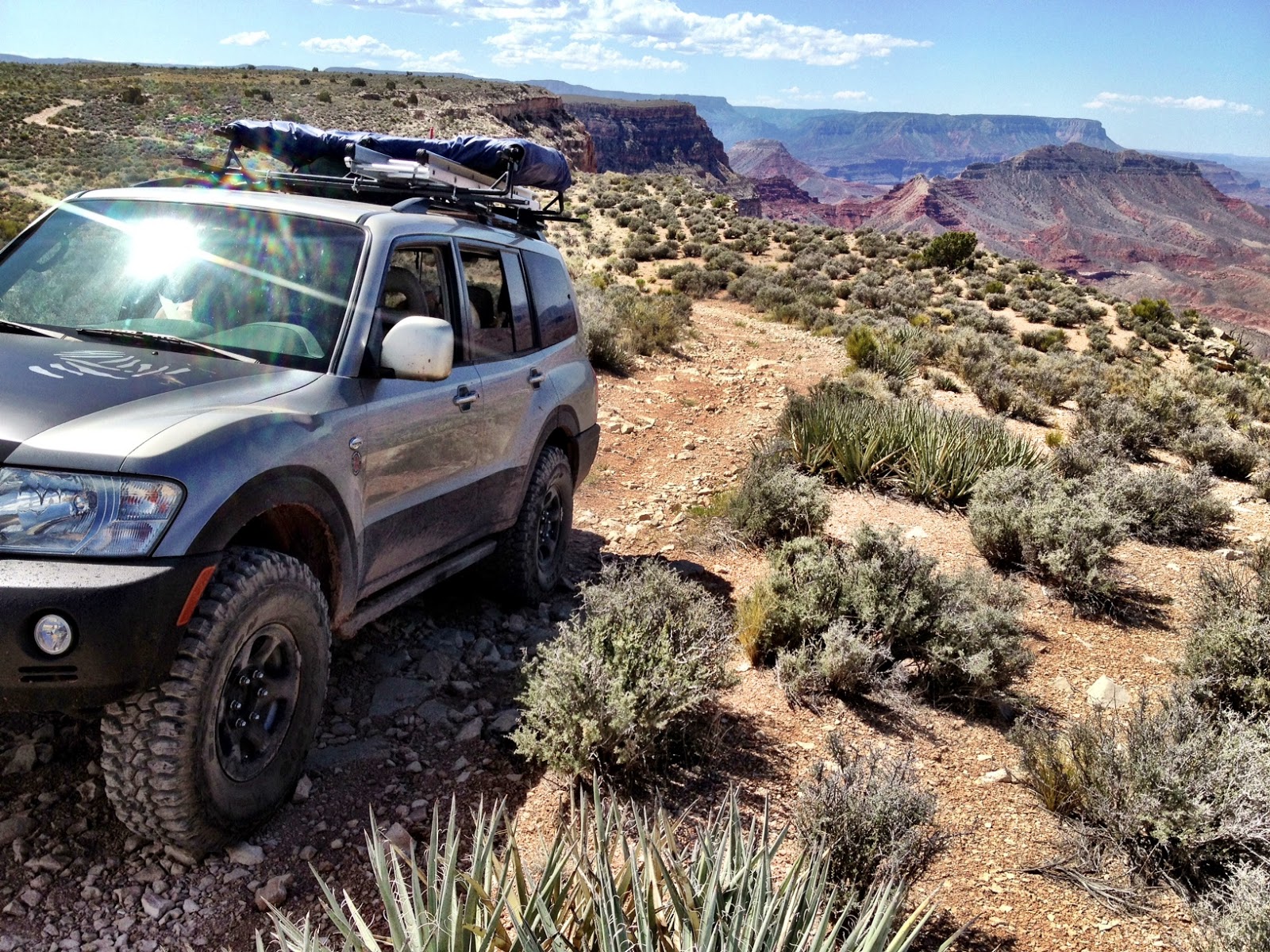 The Montero performed flawlessly, the extra four inches of clearance and suspension travel dialed in control and stability, and some confidence needed for the descent back into Whitmore Canyon. 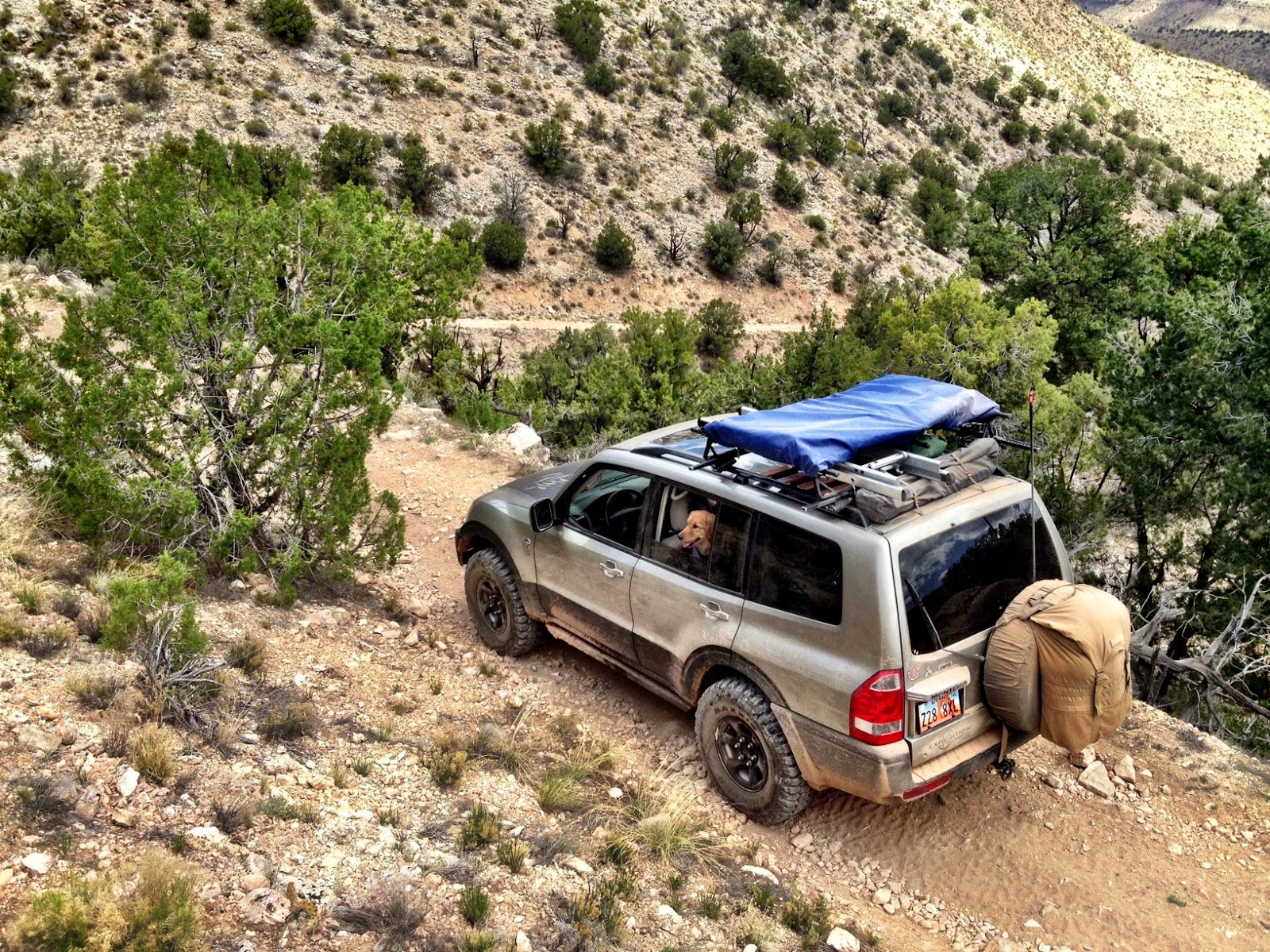 The descent is pretty steep, four-low in first to keep the brakes cool gave enough engine brake to have great control.

There’s an alternate route detouring the rake of the descent we took. 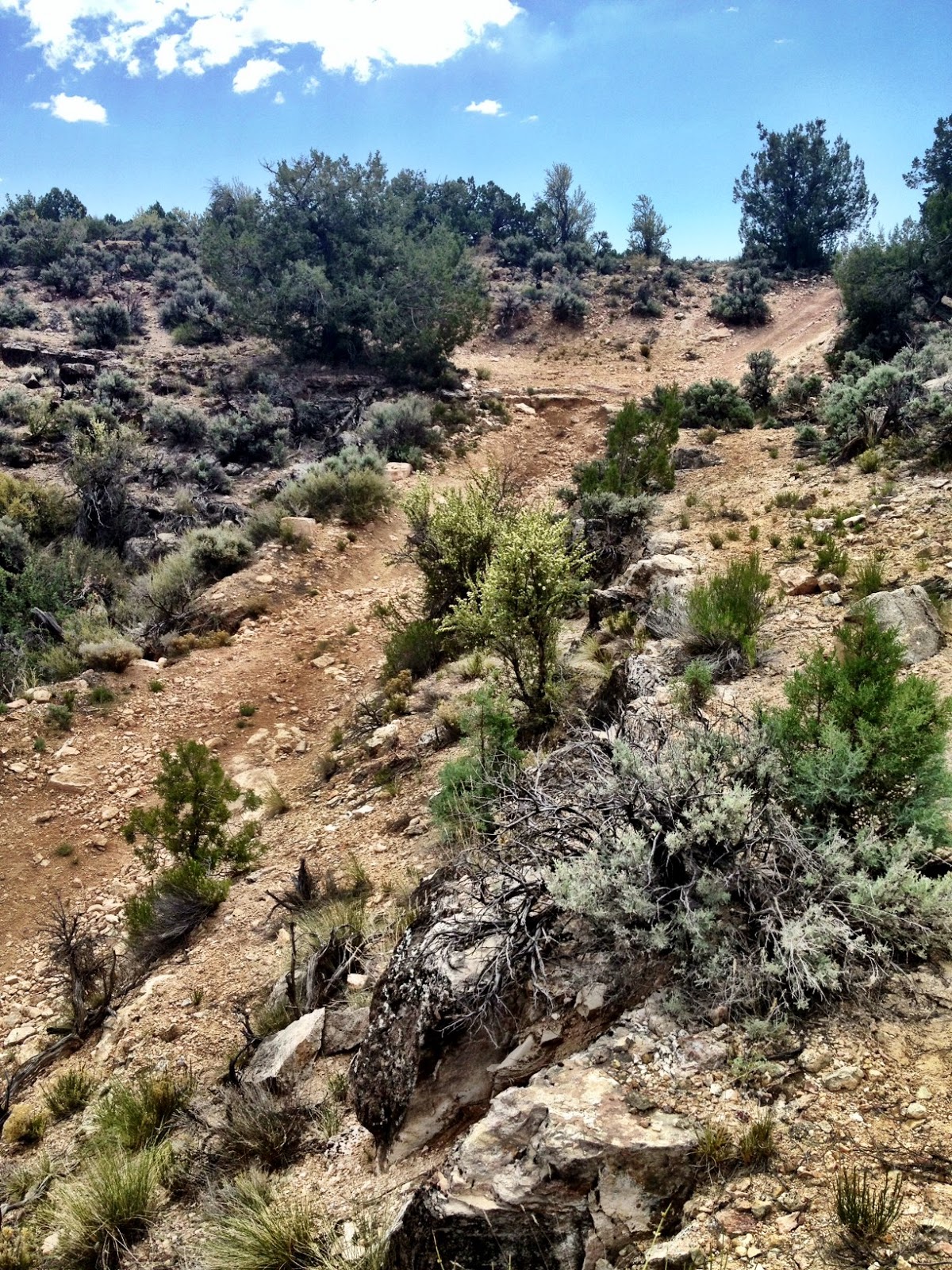 Ginger kept me informed if the Monty was getting too close to the track’s edge. Good dog. 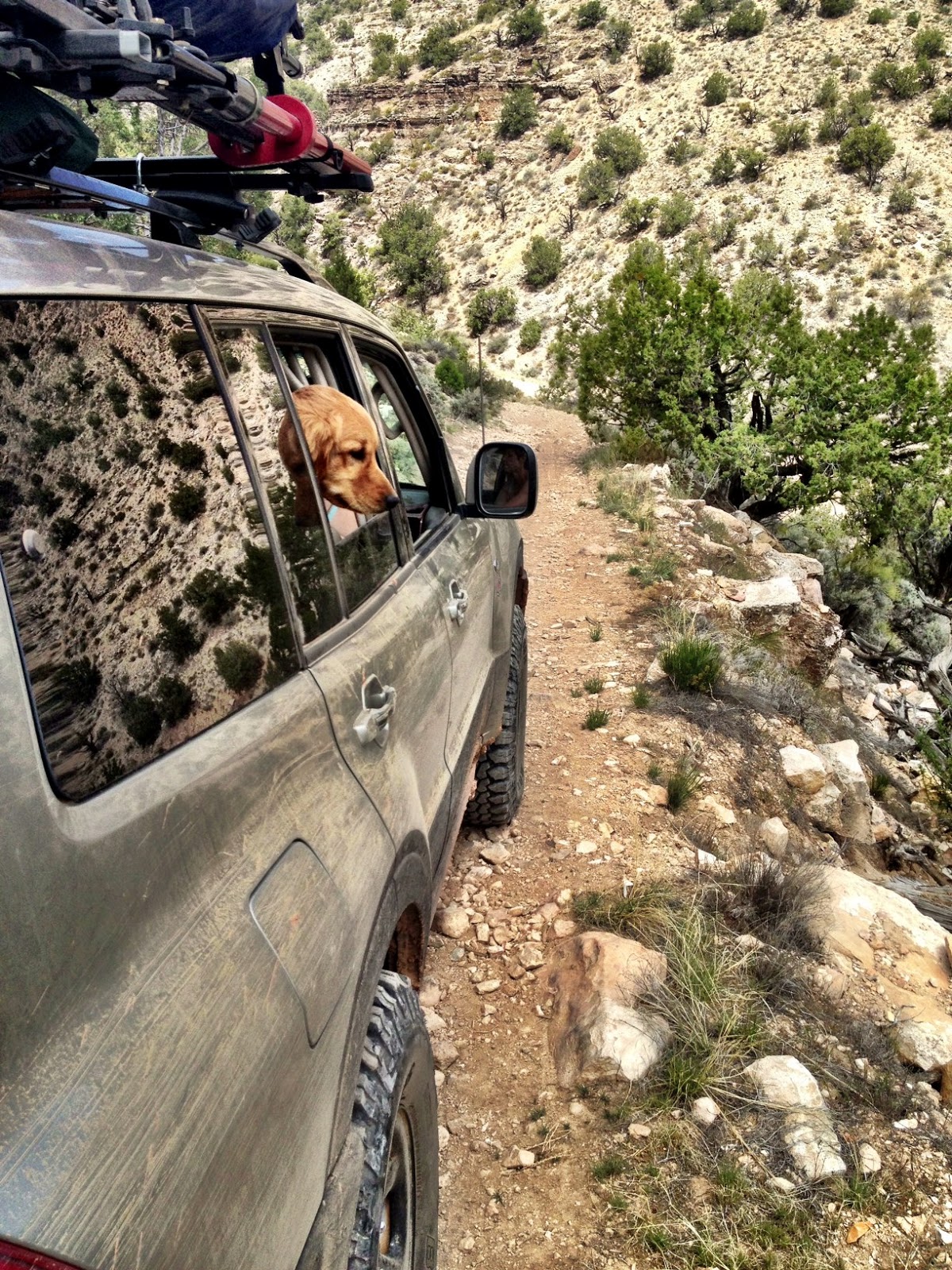 And Maryann seems to feel a bit better with her head on my or Mindy’s shoulder. 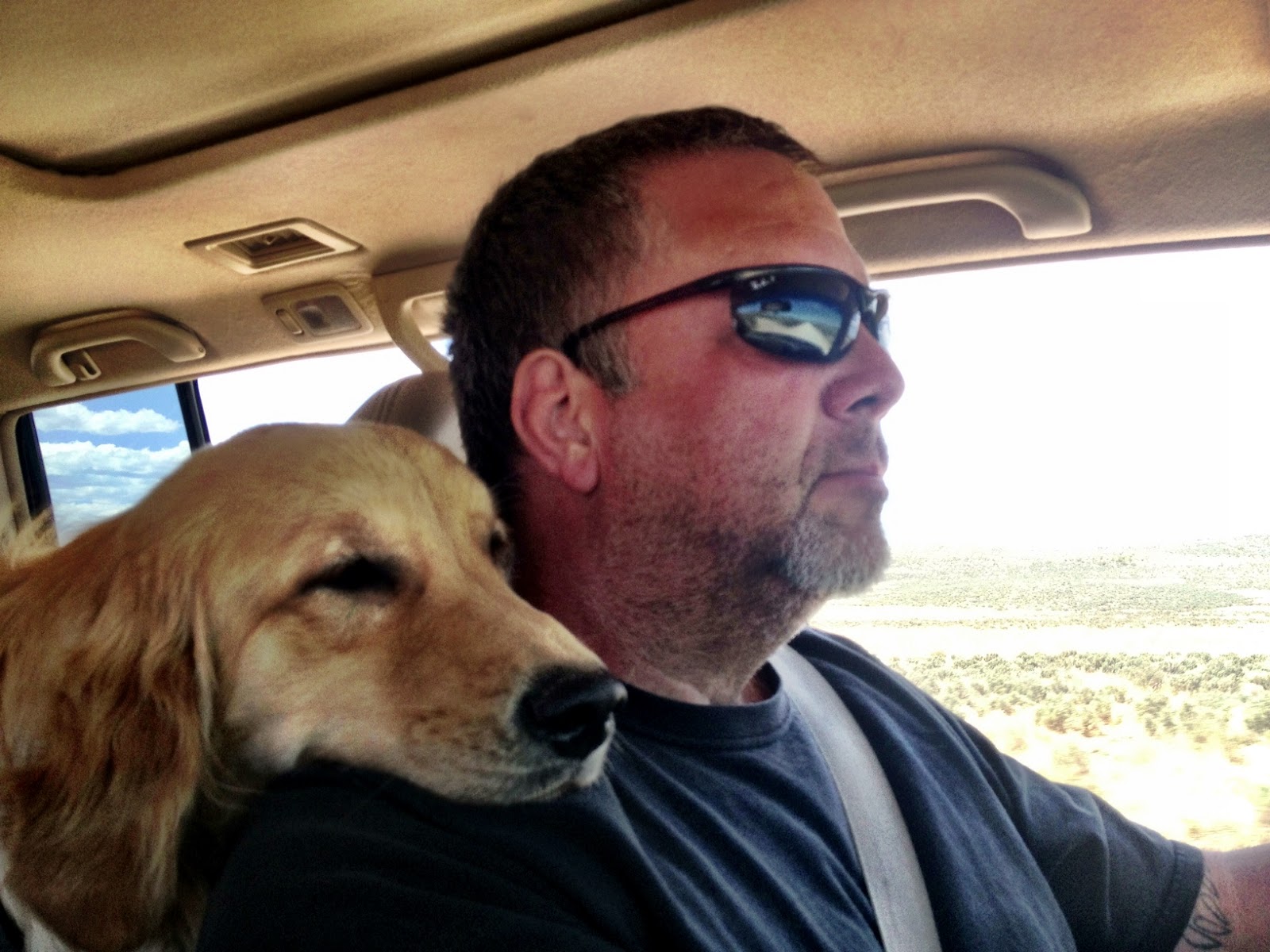 So, the world doesn’t end after all. Instead it reveals a half-dozen more tracks in the canyons of the Parashant waiting for us to get back out and explore.

I can’t wait to see what’s next. See you out there.