Tuweep is a place that delivers you proportionately. Big earth, puny human. Like her not-so-distant relative, the North Rim, this more obscure Grand Canyon overlook shuts your mouth and opens your senses and your mind.

We were there only eleven months ago, the end of April last, to try out our new gear that we’ve since journeyed with throughout Utah, Nevada, California and Oregon. This trip capped off my Spring Break, setting things right again since our errant overnighter a couple of weeks ago on The Barracks trail. 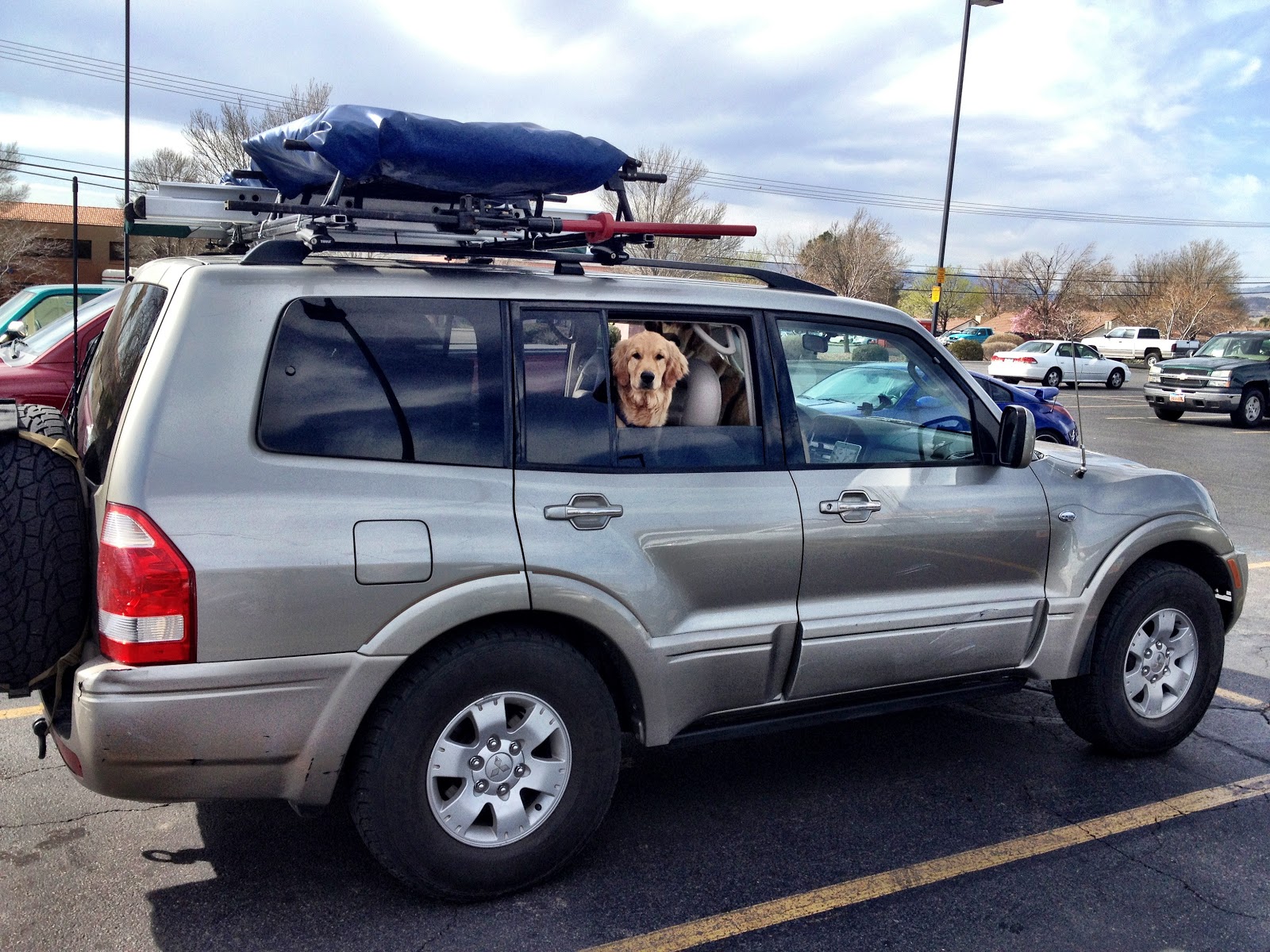 This would be Ginger and Mary Anne’s first legit camping trip, having tricked them on that three-hour tour. This time we packed accordingly, and I rebuilt the front end of the Montero, repairing the damage from Barracks trip.

From St. George, Tuweep is about a 90 mile drive south, all of which is off-road at the Utah-Arizona border where we aired-down putting my latest Fathers’ Day Gift to use, the ARB deflator. Beats the back ache of using a tire pressure gauge and knocks them down in no time. 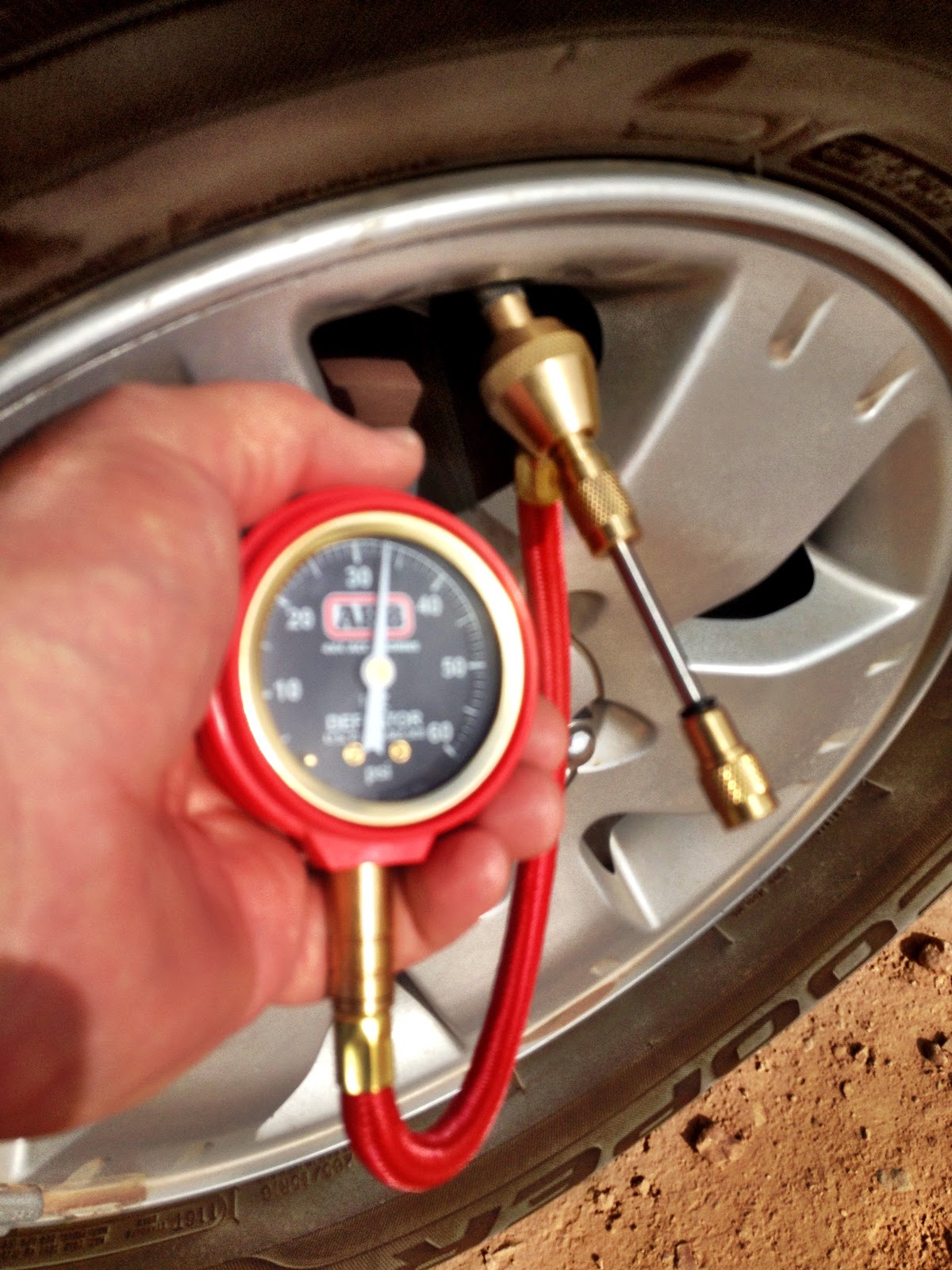 The road crosses through Big Valley, past Seegmiller Mountain to the Upper Hurricane Valley to the Mount Trumbull School House, about sixty miles to this point. 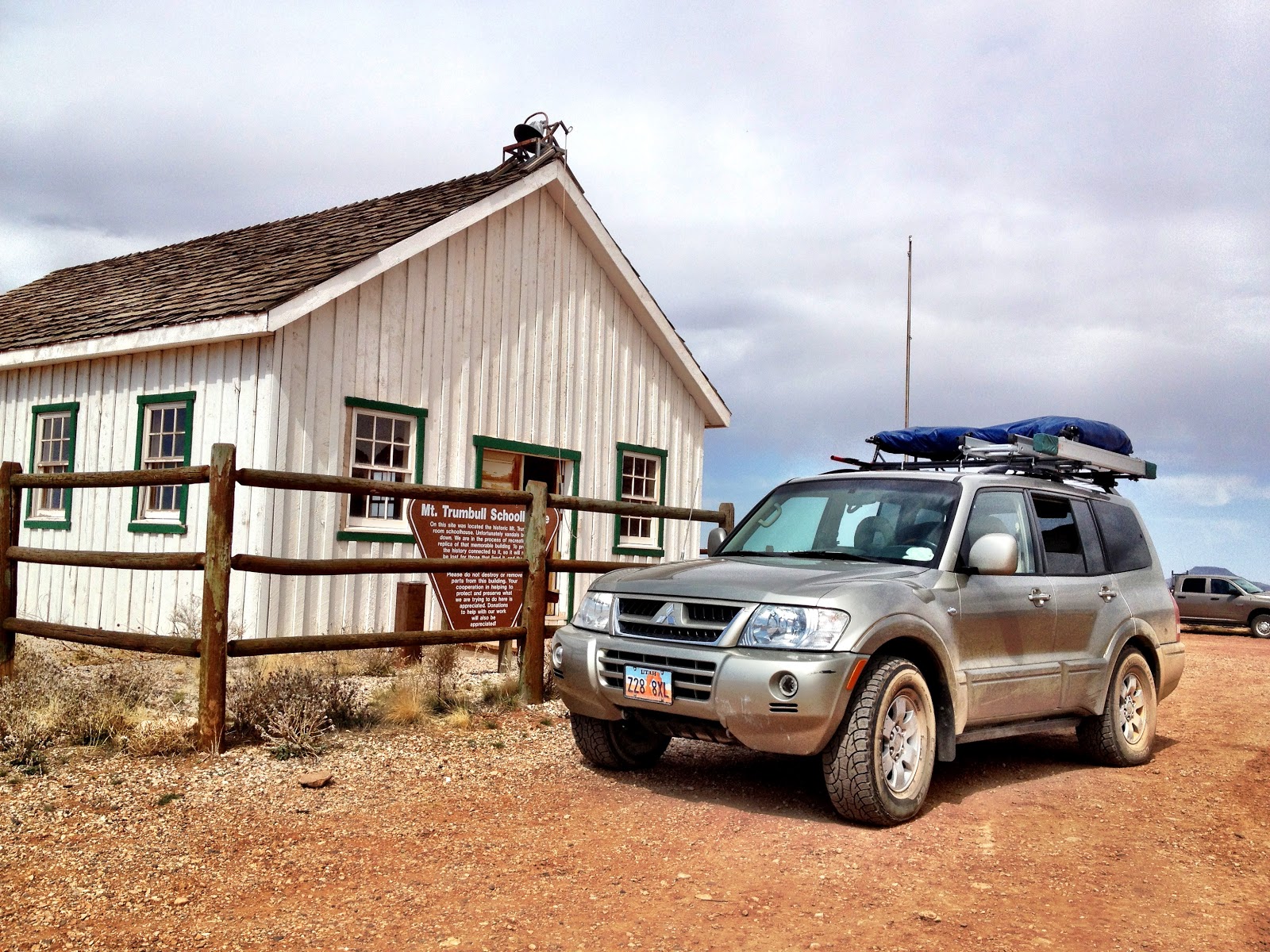 This rebuilt monument to living on the Arizona Strip is worth a visit. The original building served as school house, community center and church for the Mt. Trumbull community from 1918 to 1934 when the Taylor Grazing Act displaced the Strip’s homesteaders and ranchers, the last resident leaving the area in 1984. The use of the school house stopped in 1966 and a restoration brought it back to its glory in the ‘90s. The structure was torched by arsonists in July of 2000 and the building was rebuilt by descendants of the area’s first settlers, opening its door once again on October 13, 2001. 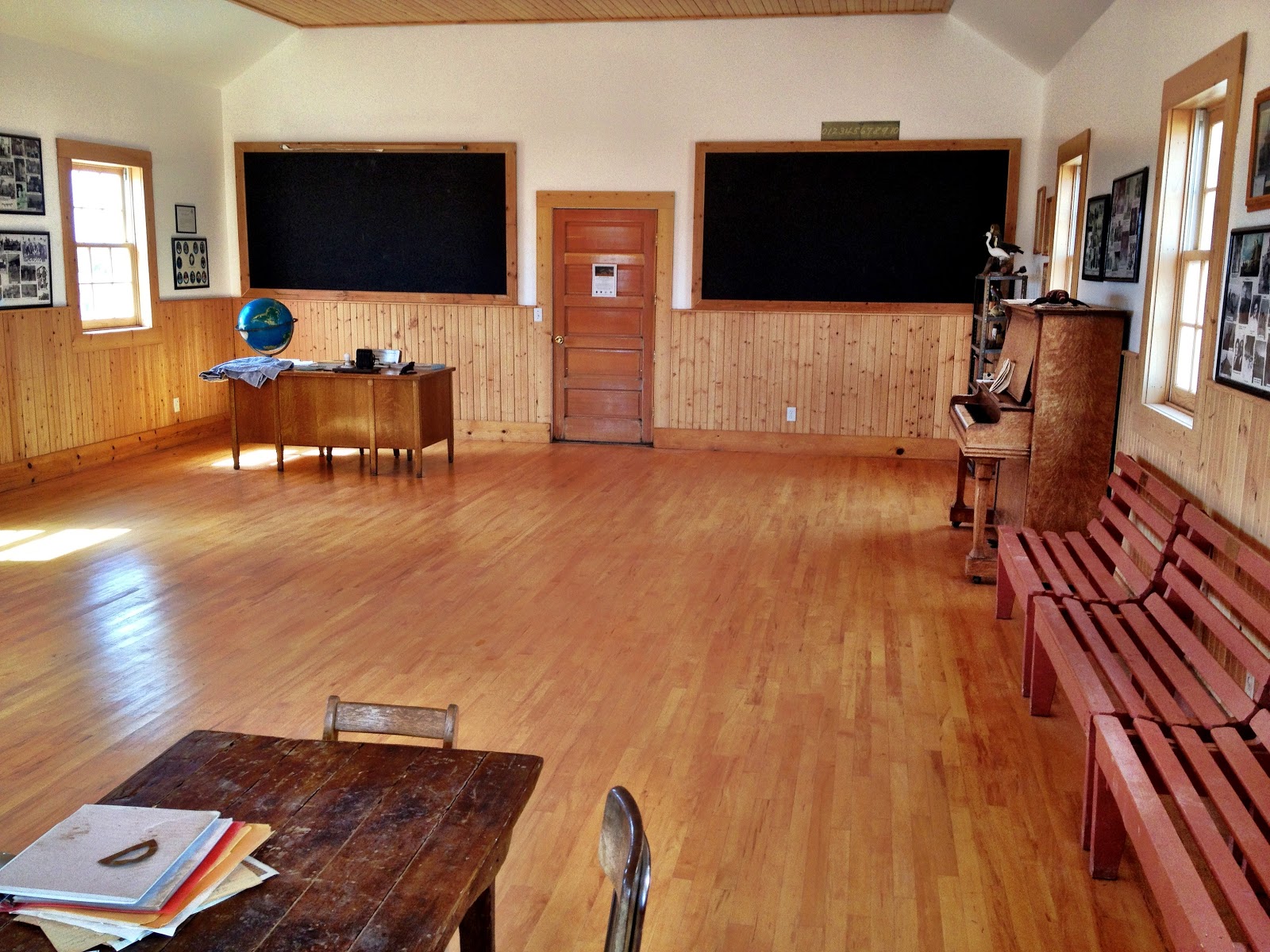 According to BLM’s website, the doors are always open and that’s how we found them. Crossing the threshold is a step back, but it’s restored newness give you a sense of how it must have been originally instead of having a weathered artifact. From blackboards to a book cabinet holding learning materials from the school house’s era, everything in between shows the love and dedication of those working hard to restore and preserve this history. 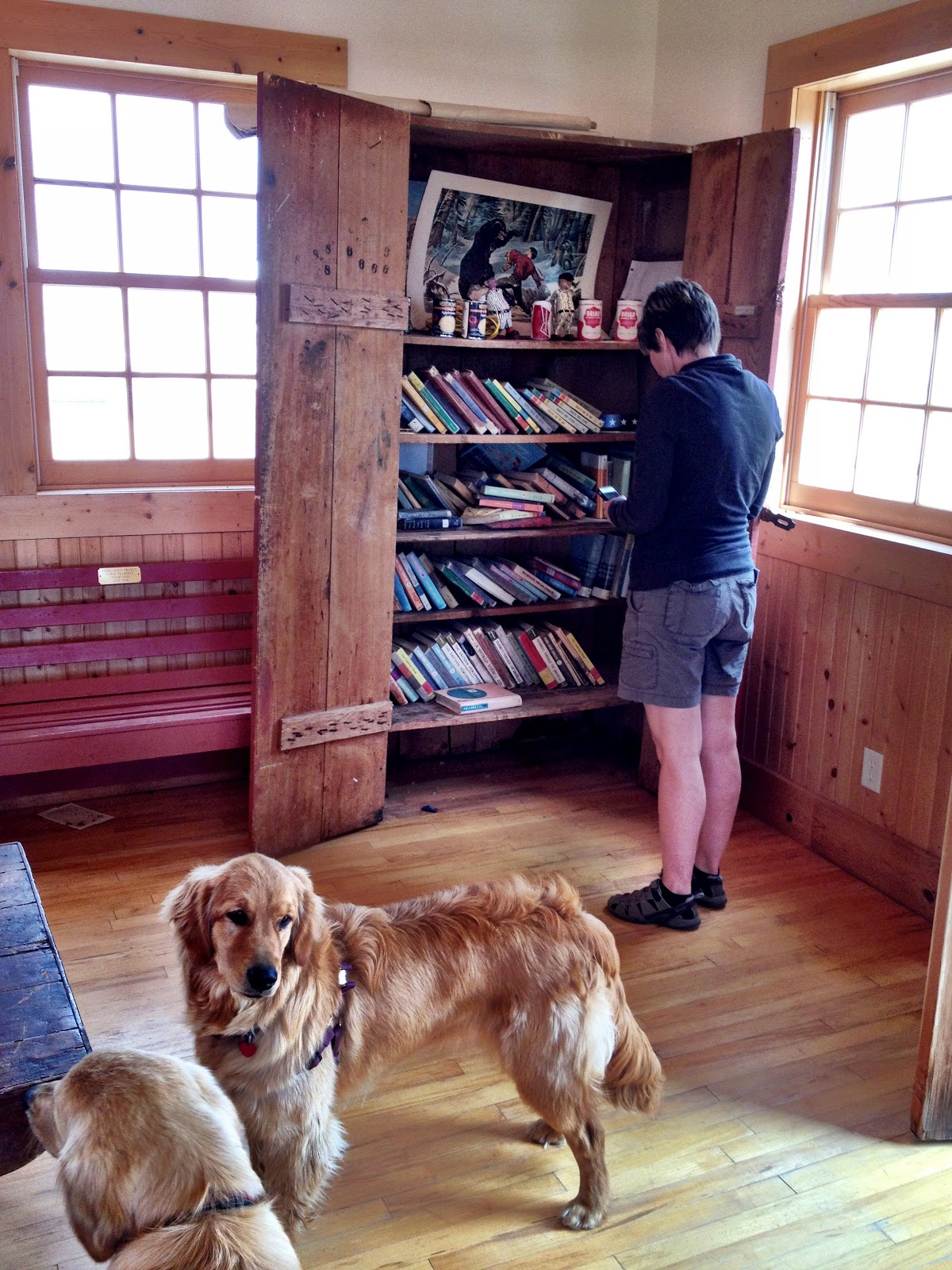 Both of us being teachers we surely appreciate these efforts and respect the names on the photographs within that lace throughout St. George’s history.

A hard left east out of the parking lot, and as fast as you can say Bureau of Land Management, we’re climbing Mt. Trumbull to a summit of 6368 feet, about a thousand feet. Past the Grand Canyon – Parashant National Monument border and through Potato Valley and the Kaibab National Forrest the road Ys near the base of the Toroweap Cliffs. 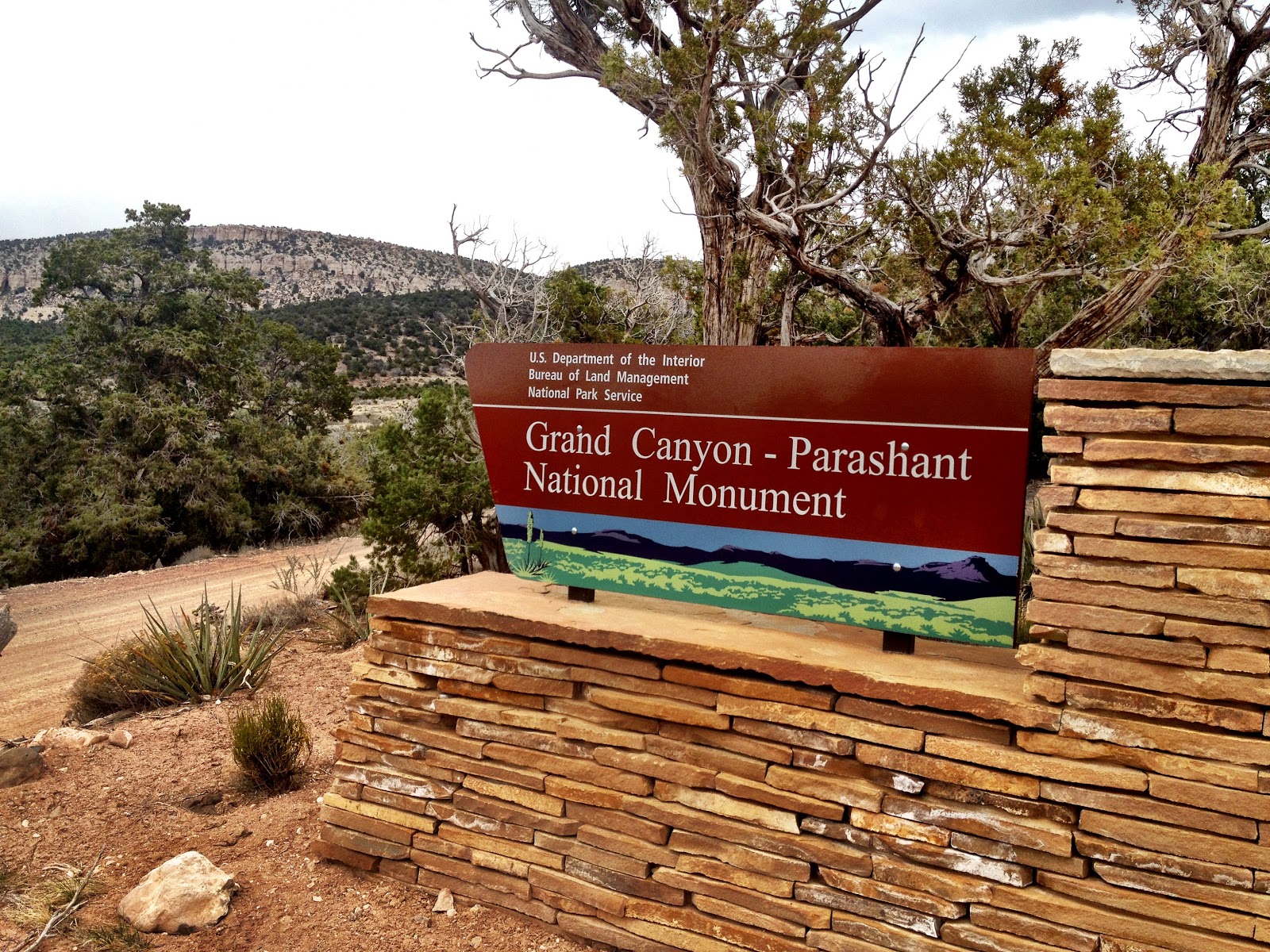 Head south through the Toroweap Valley, cross the monument border and the road reaches the Toroweap Ranger station. Another three miles around Toroweap Point and the road turns a bit technical requiring high ground clearance and four wheel drive to get to the campground and the canyon overlook, which according to the USGS map is also a campground, but it’s not anymore. 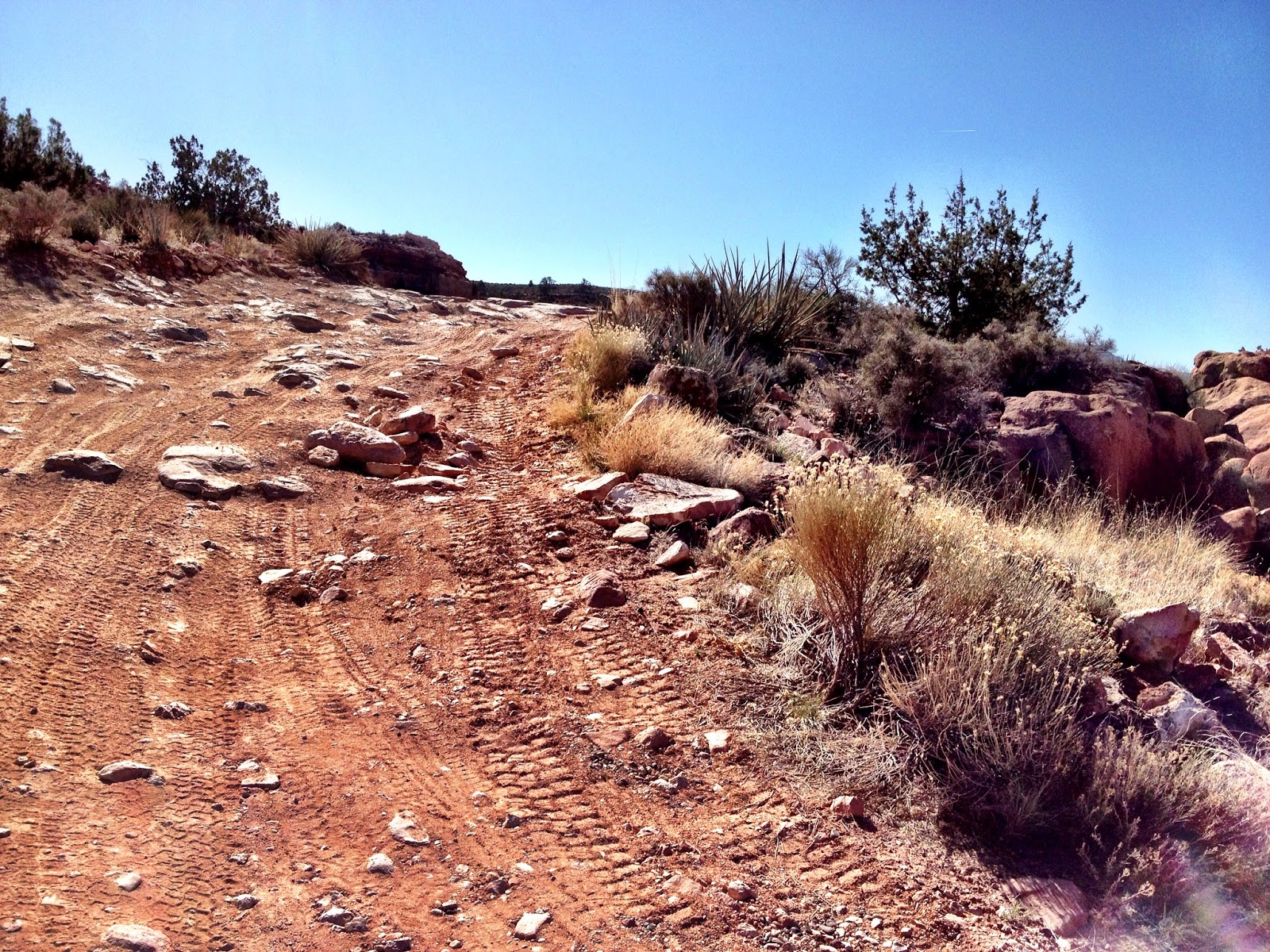 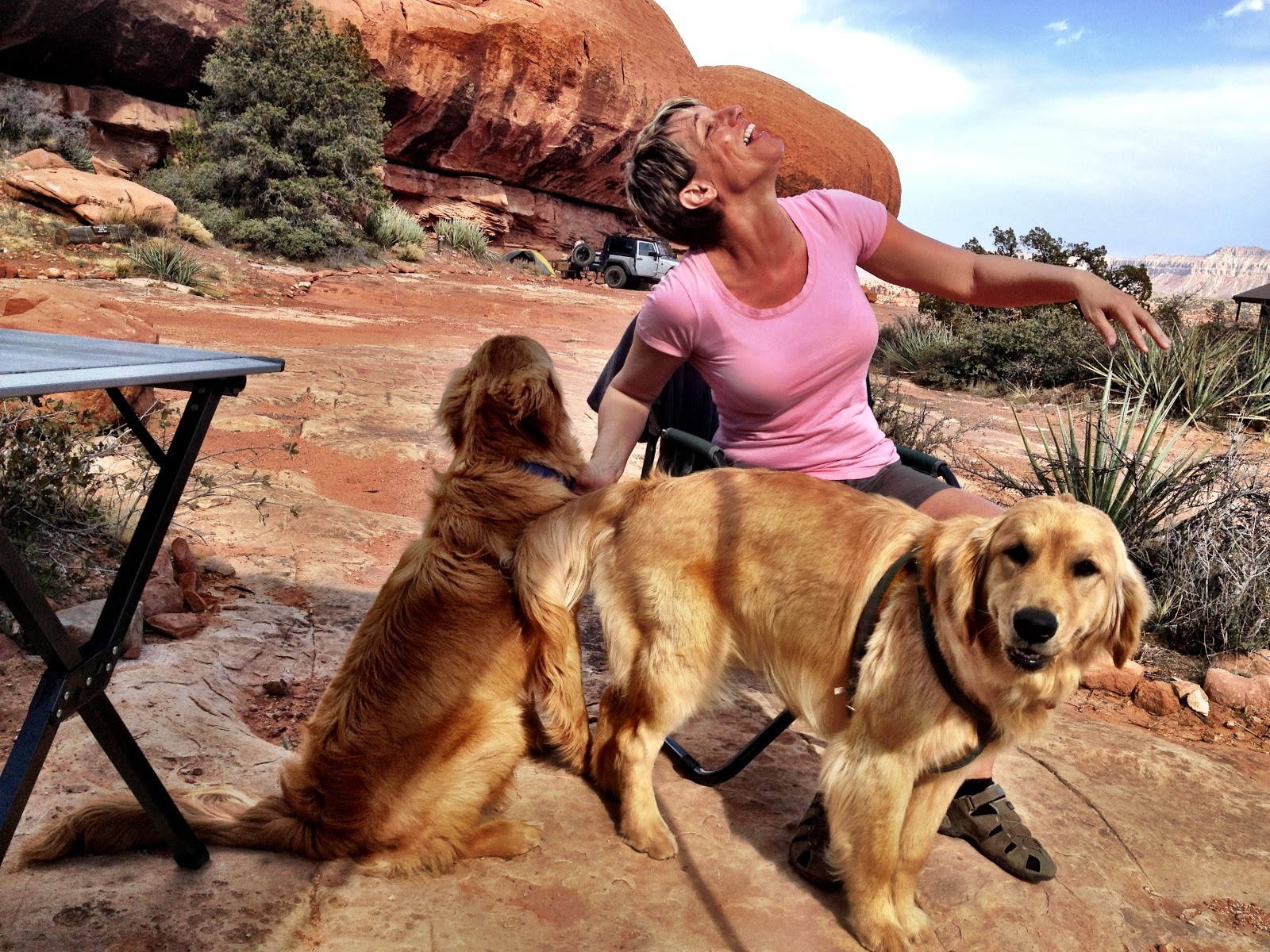 We hoped for our previous spot but it was occupied and settled into one adjacent. We relaxed a bit after setting up, talked and laughed and played with the girls. It took only moments for that effect, that proportionate perspective, that makes any worry seem kind of silly, and that, instead, life should be this good. The plate on the Montero summed it up. 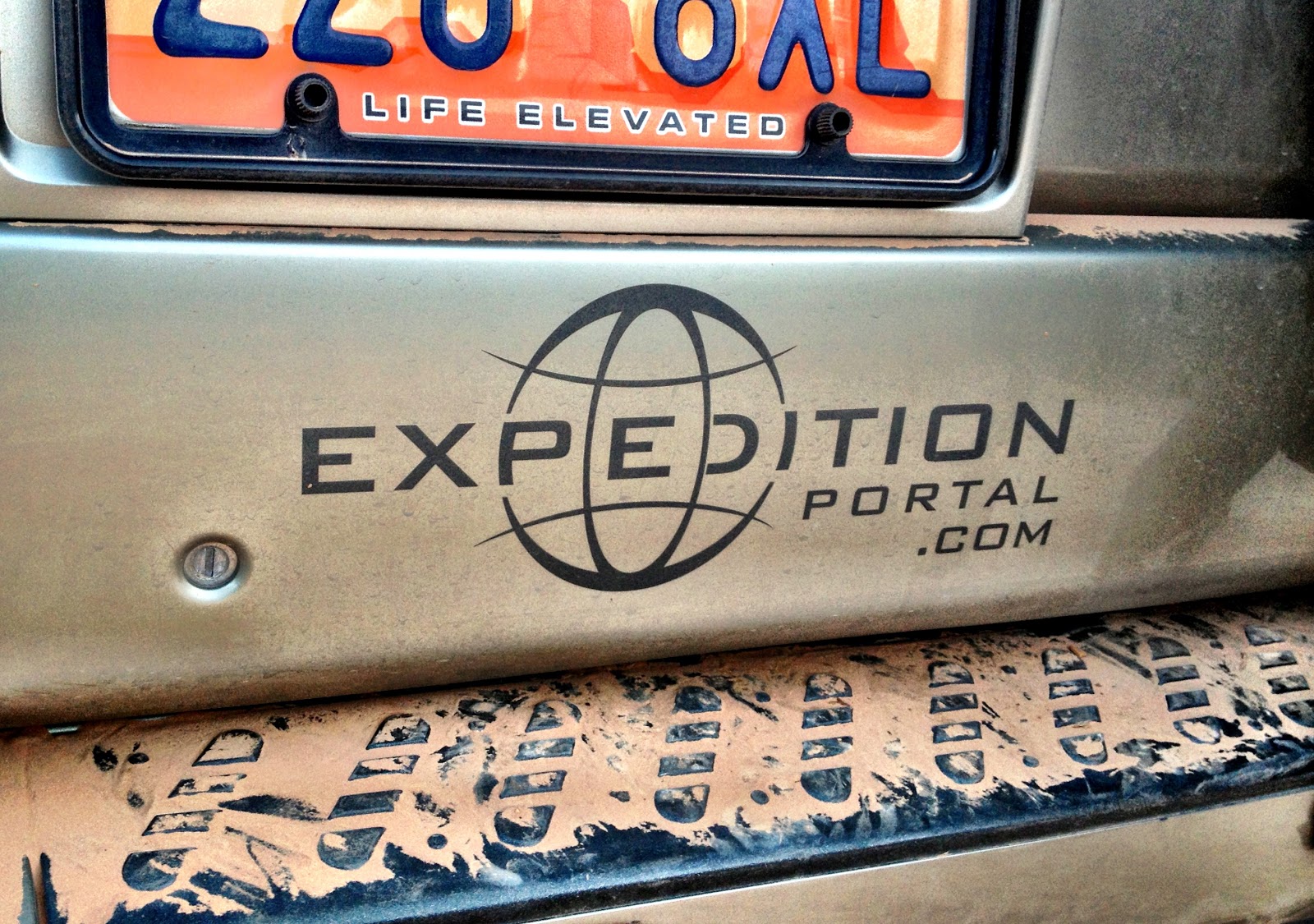 We met our neighbors, a couple from South Dakota on a two-week trek in their Wrangler. He shoots medium format photography and she enjoys being a grandma.

We hiked out to the lookout at the end of the park road, and shot from the vista that looks south this time. The formation on which I descended had a shadow that created an optical illusion, so I captured it with my iPhone. 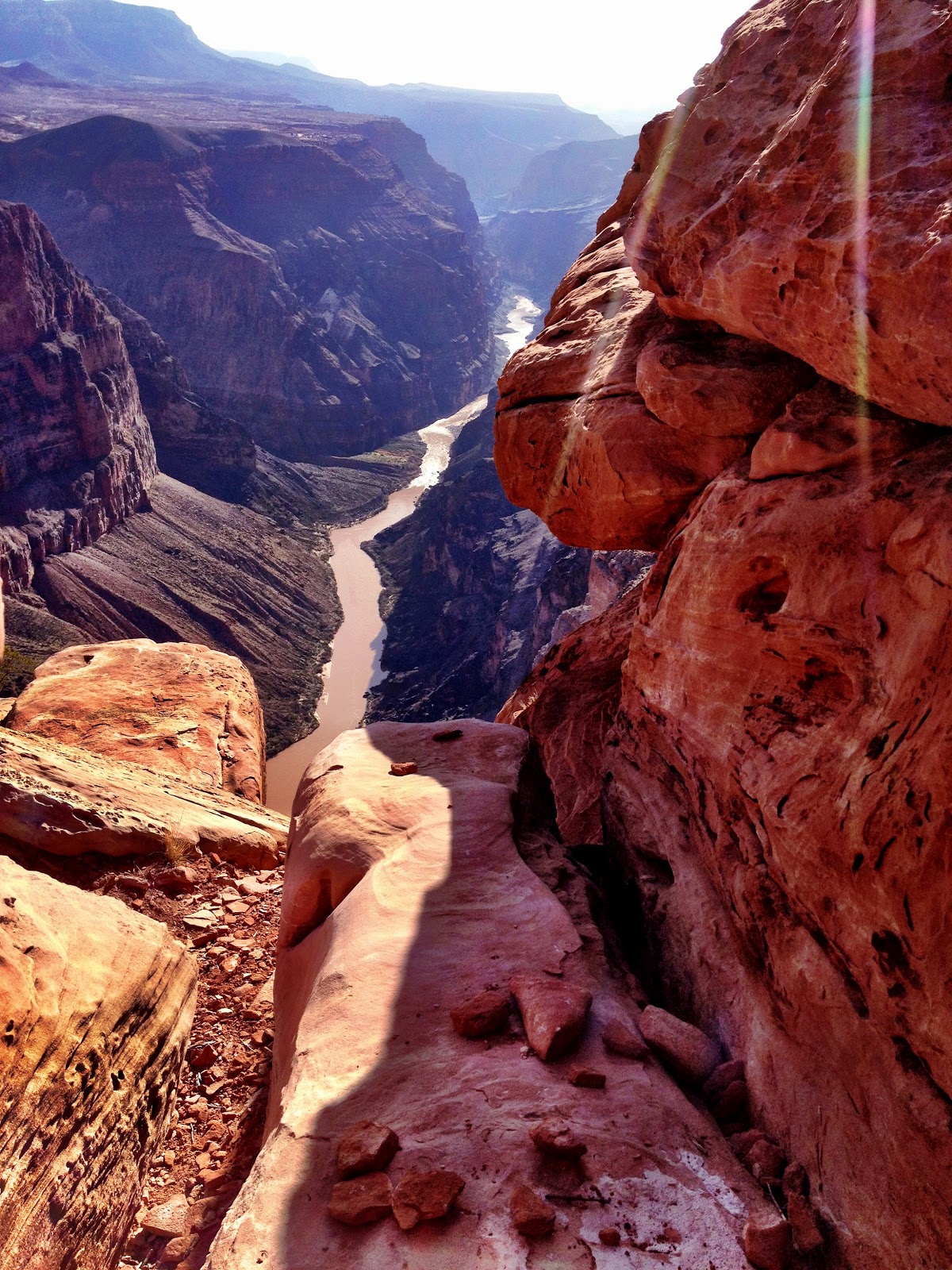 I also tried out its panorama feature and shot the image that appears at the top of this post.

I shot more with my DSLR and then climbed out to meet Mindy and our new friends. 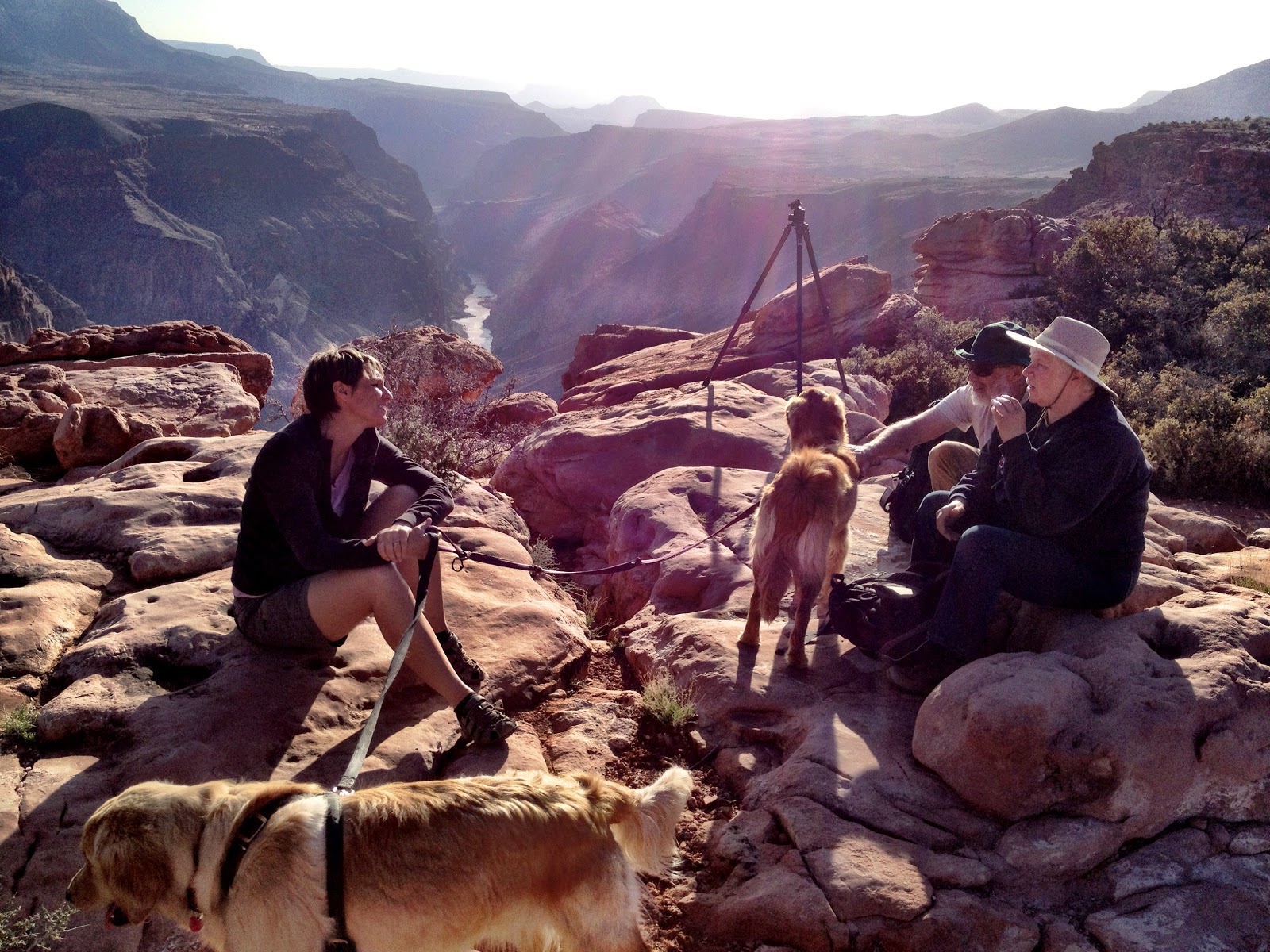 Mary Anne and Ginger loved it there. Something changed with them, improving their dispositions and making them good dogs. 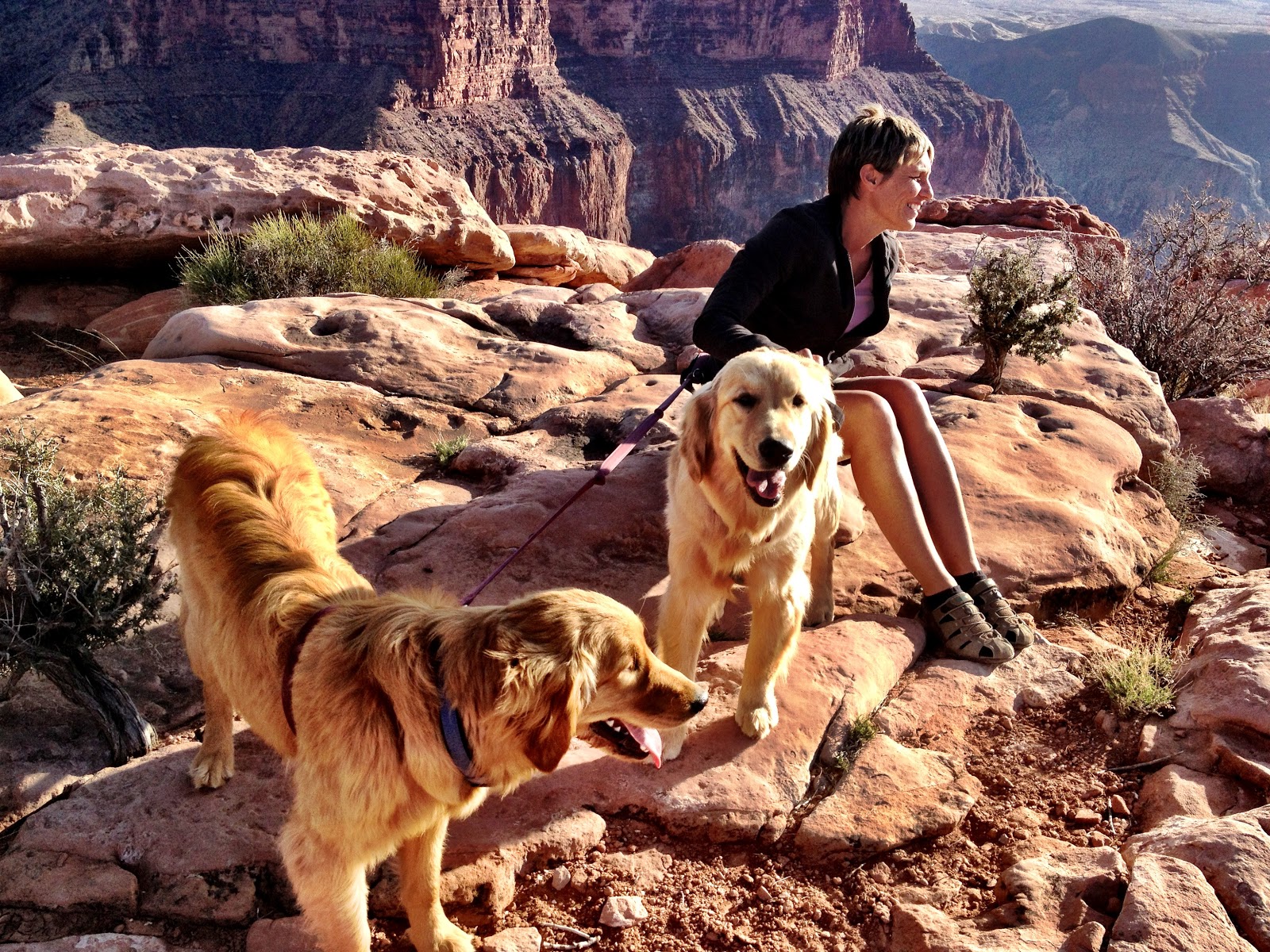 Our camp set up was the usual with the Oasis II RTT. Being an overnighter we went without the shower. We talked about the comfort and practicality of the RTT, while it’s convenient to have on board, it’s limiting if we want to stay longer than a night and still explore. We’re considering a large canvas tent alternative, one with room to stand up and area to relax in bad weather, especially now with the dogs in tow. 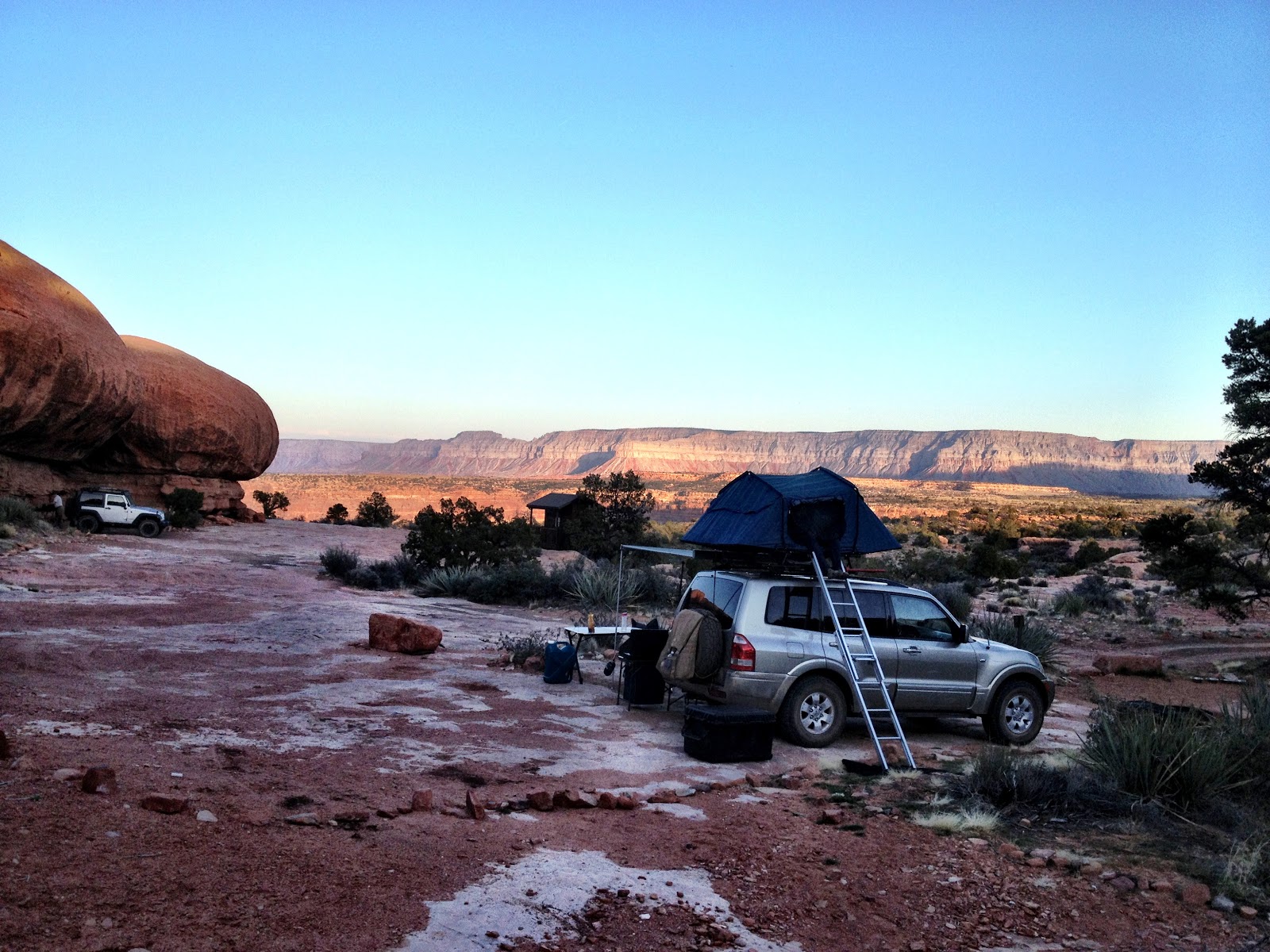 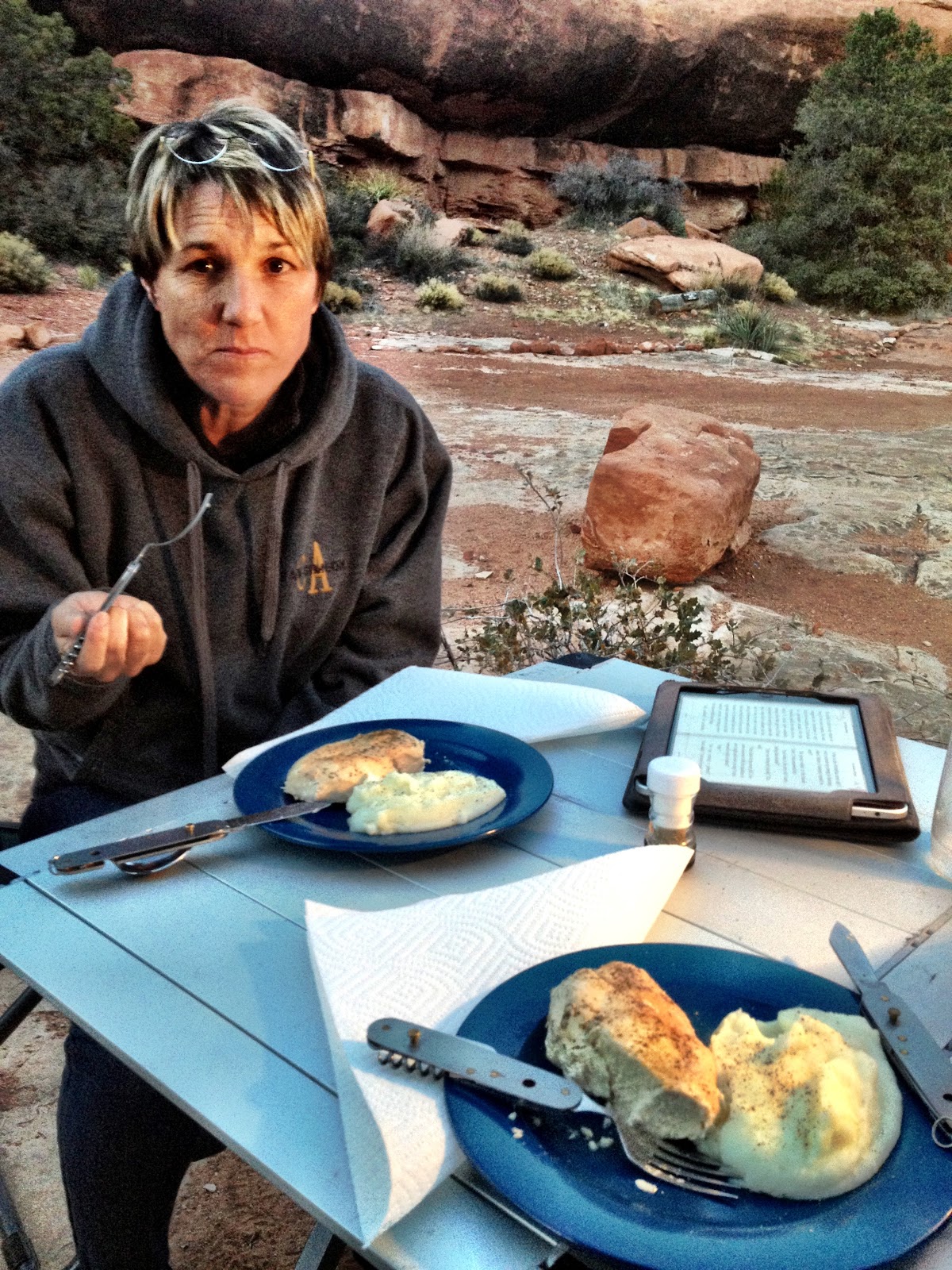 Chicken and mashed potatoes for dinner, conversation, a game and dishes and we were ready to sleep. The dogs crashed in the back of the Montero and did surprisingly well, sleeping all night.

Sunday morning we had breakfast, hot cereal and coffee and broke camp, deciding to drive the Vulcans Throne Route, an out-and-back that goes to the Lava Falls Trail. 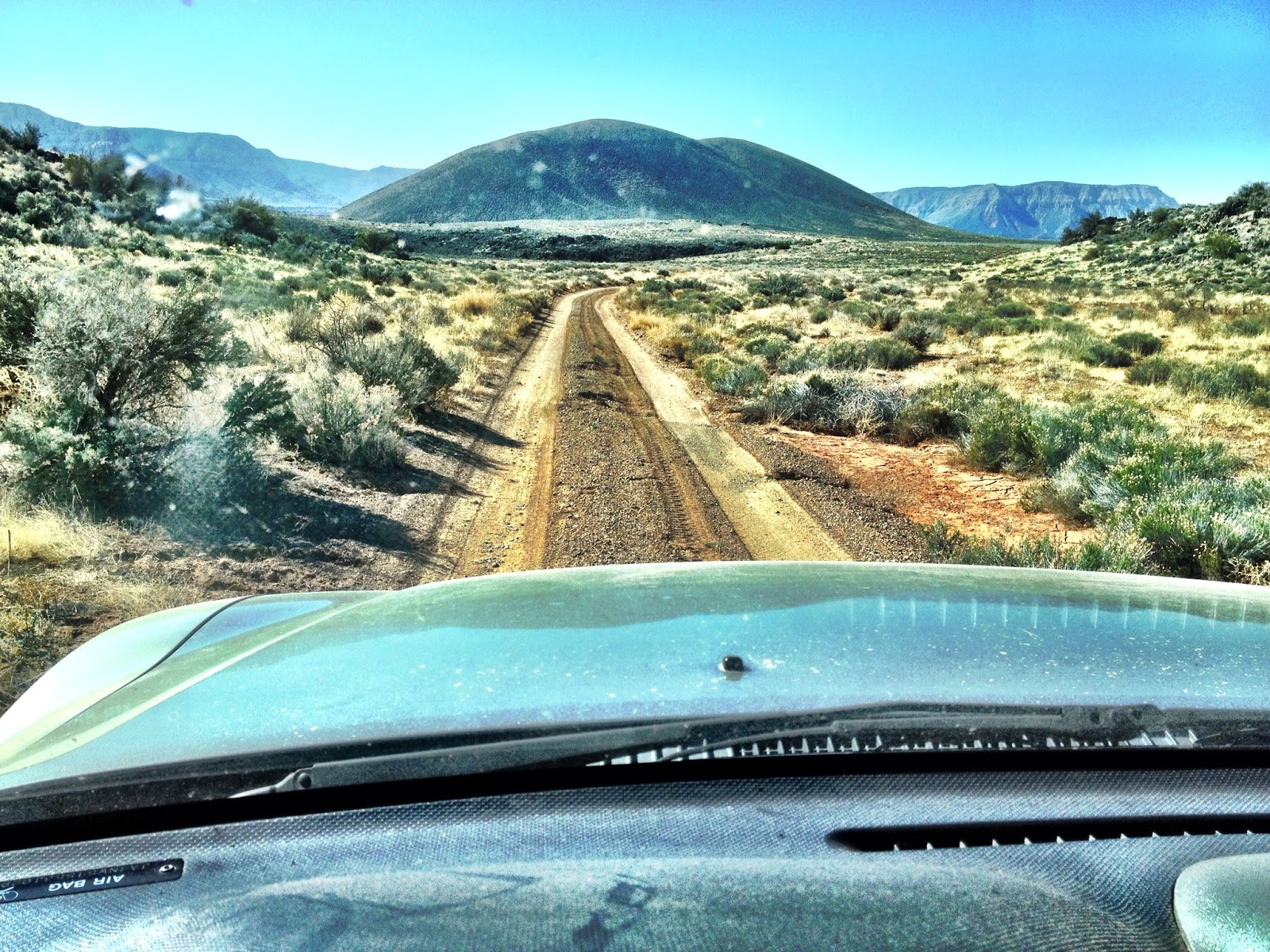 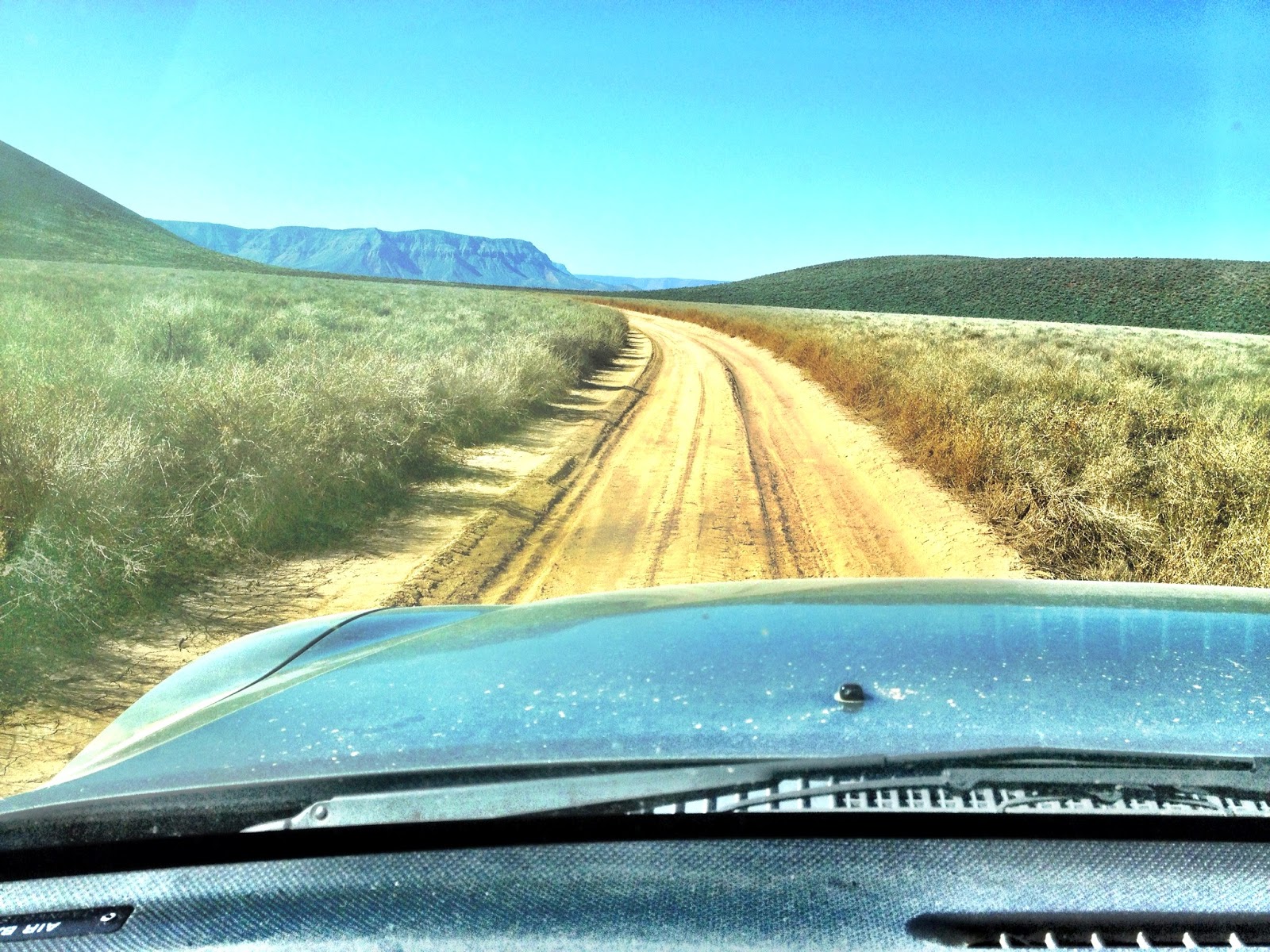 It crosses the Toroweap Lake Bed and winds around the throne on its southwest side. We were hoping to see down the canyon to the rapids from there, but the hike was too arduous for my ankles and it’s prohibited to take dogs off the roadway. 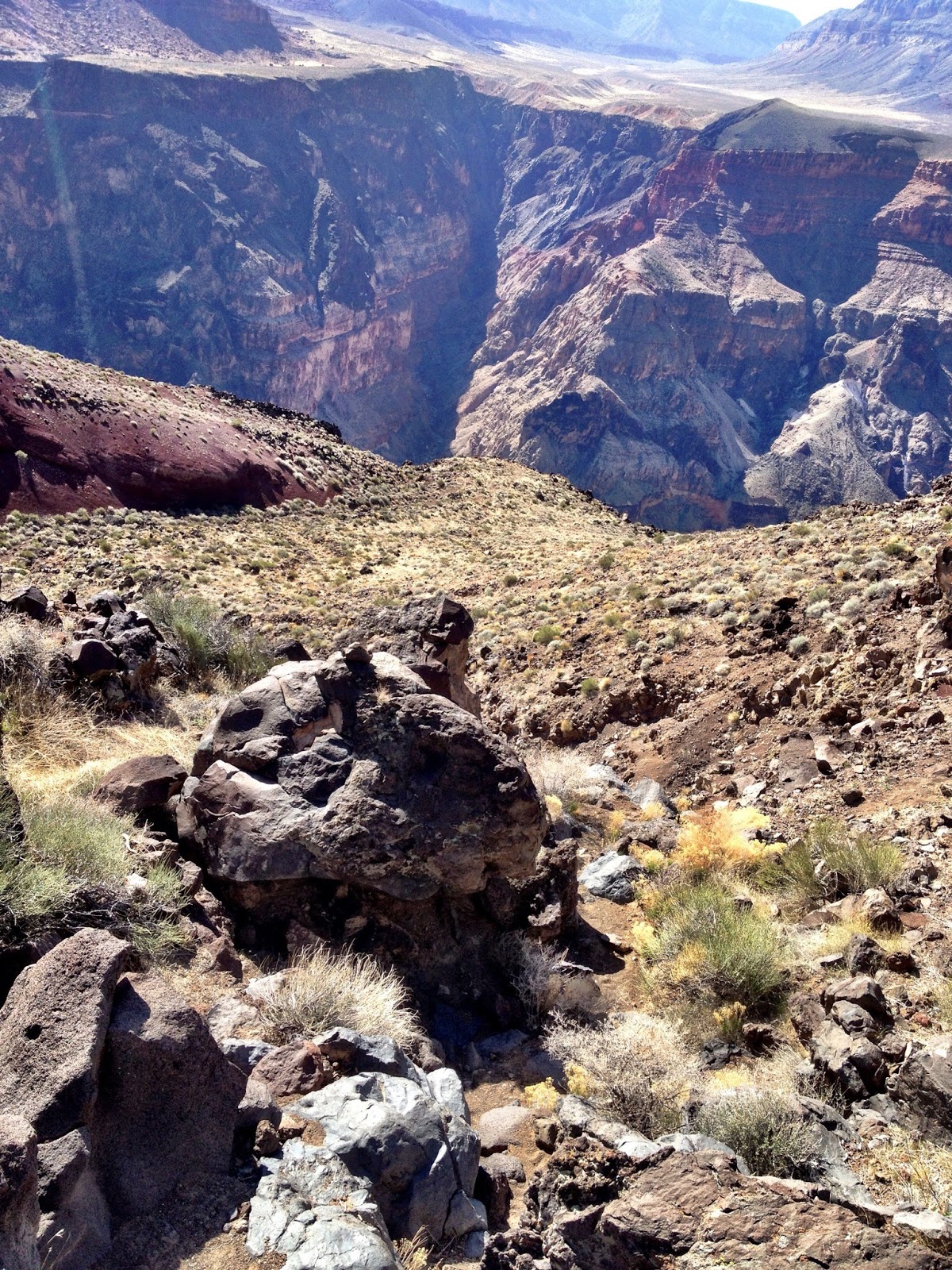 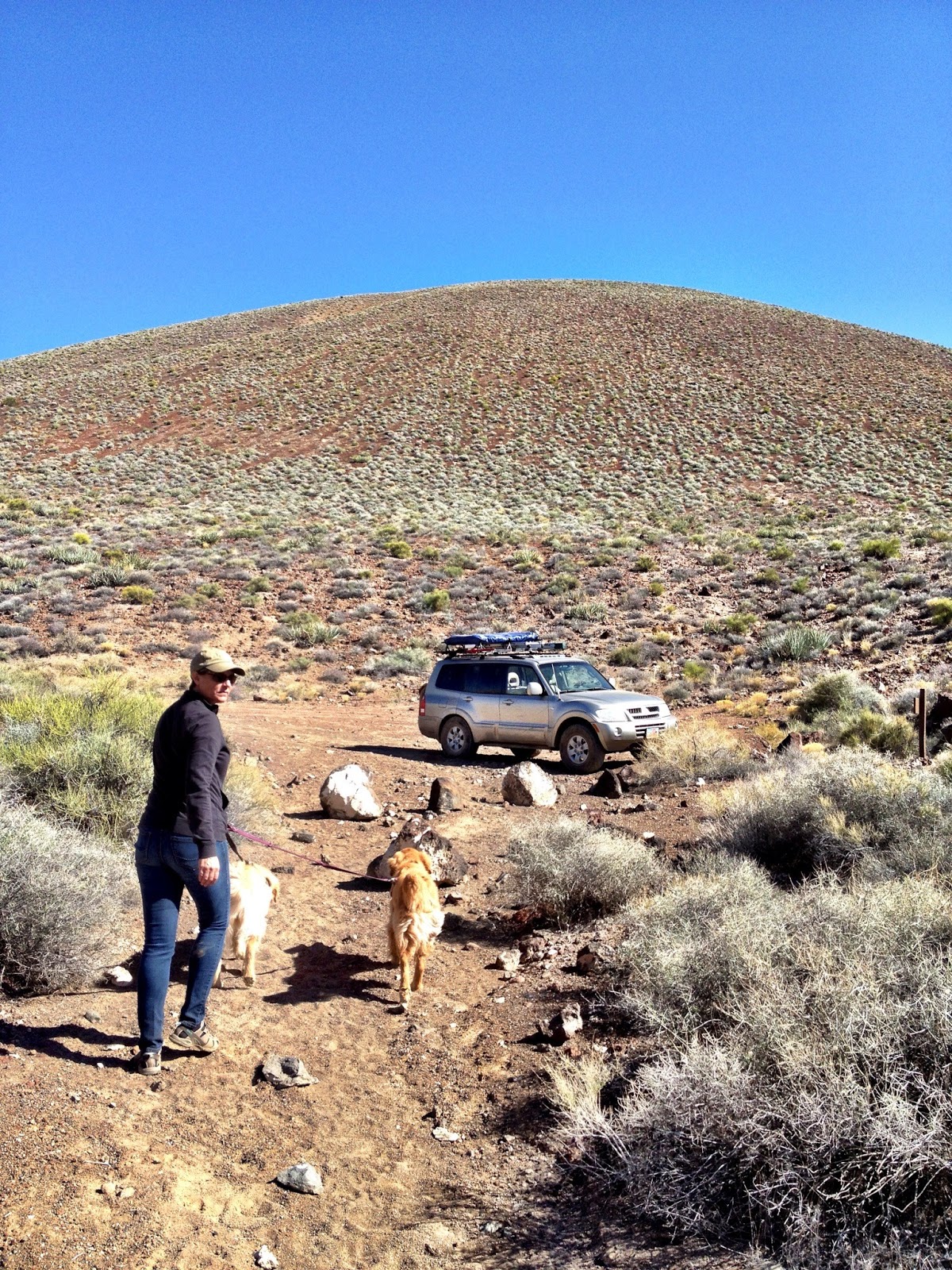 The drive out has an impressive view of the Toroweap plateau. 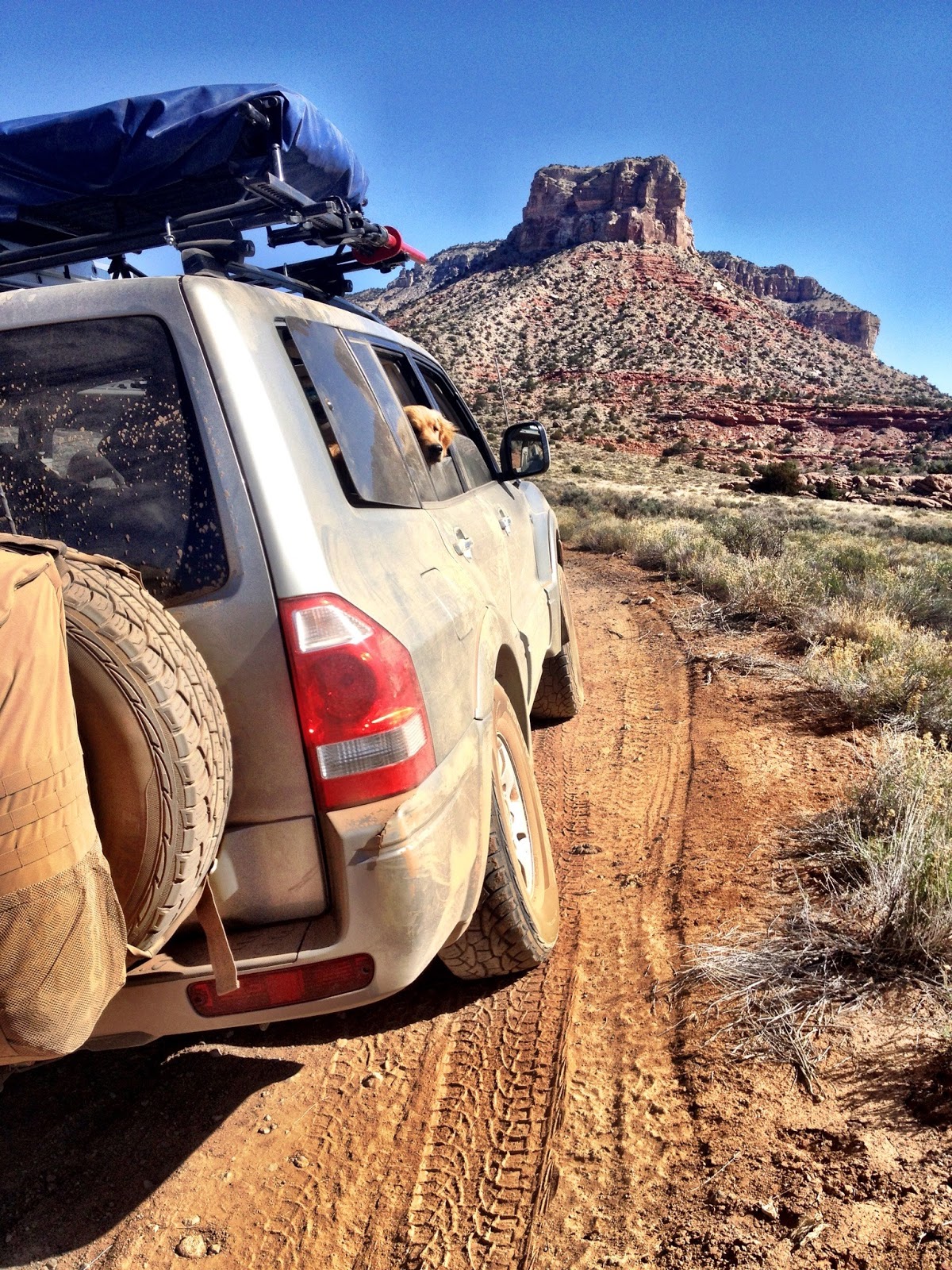 From there we drove back on route BLM 109 to Highway 389 to Pipe Springs where we aired up and slabbed the rest of the trip home. 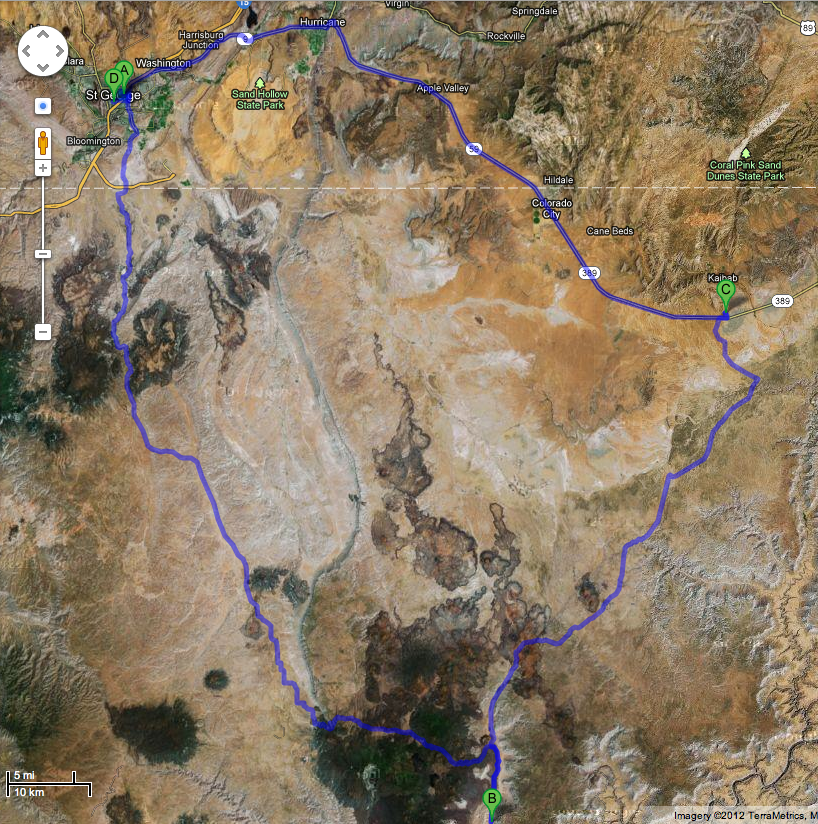