Directions to Get There:
From the North: Take John's Valley Road south of Antimony until you reach the town, about 24 miles. You will also pass the Osiris Mill by going this way.
From the South: At the intersection of Highway 63 (Bryce) and 12 (Escalante/Red Canyon), head North. (south will take you to Bryce Canyon). Approx. 15 miles from the intersection.

Notes:
This is a fun Ghost Town, especially because it is so close to Bryce Canyon yet tucked out the way of the traffic. If you are coming from the North, it's a bit of a longer drive, but the Black Canyon and Osiris Ghost Town make an excellent drive.

The Cemetery is also worth stopping at, and an Eagle Project by Trevor Haycock erected a kiosk which contains the history of the town for visitors.

A few buildings remain, including what appears to be the school house. Some appear to be refurbished and used as temporary summer getaways. I am unaware of anyone living their full-time, but I admit I didn't see any locals to talk to during my visit. There were plenty of cabins with travel trailers and ATVs parked out side, but no permanent yards or landscaping; hence my assumption that they are being used as vacation homes.

The cemetery is amazing, with monuments from the early 1900s to residents interred recently. Cemeteries always carry a history of their own, and despite a population of less than 400 at it's peak, this cemetery is home to veterans of most of the recent wars, early Mormon pioneers, and tragically too many infants and young toddlers, a testament to the harsh reality of the region. 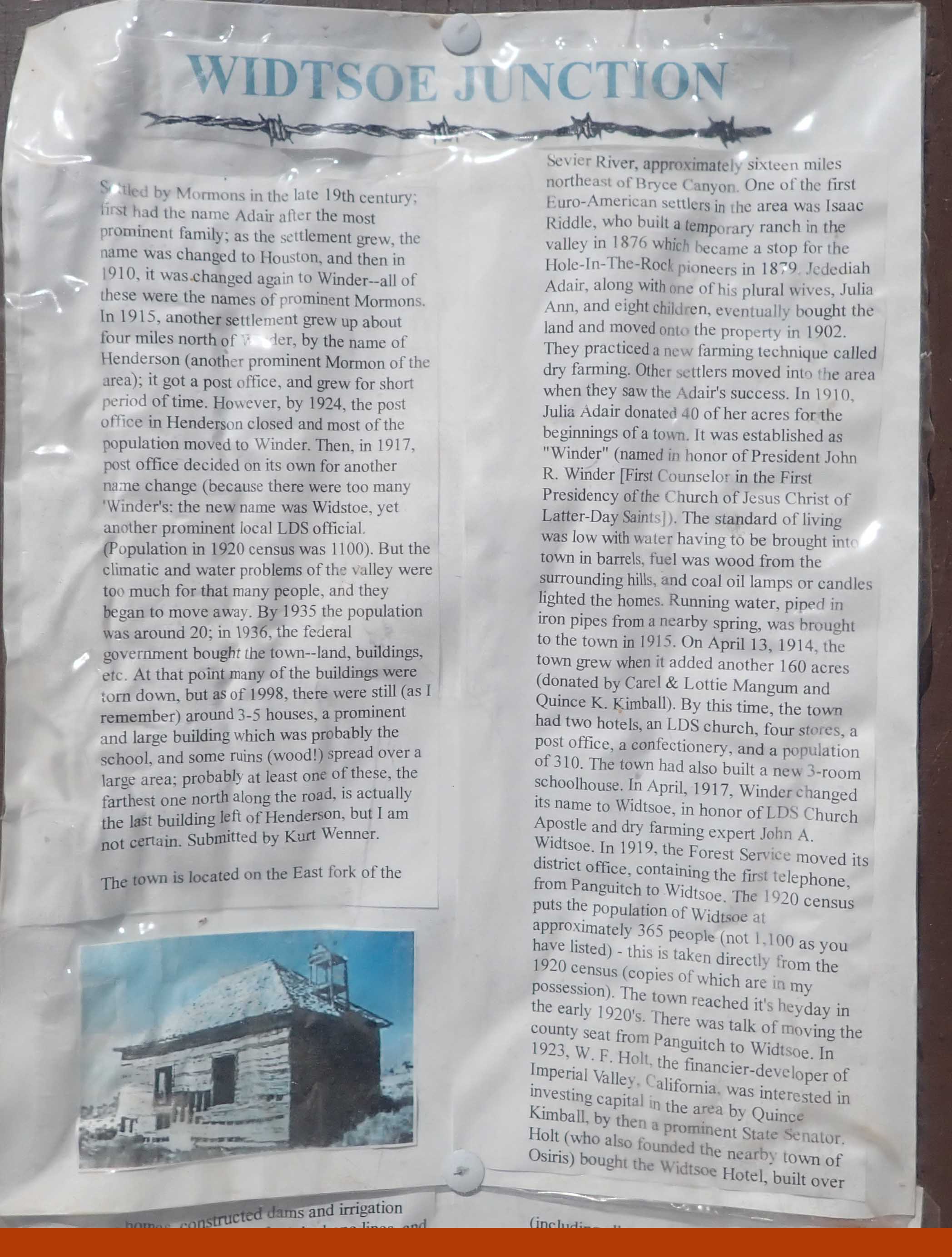 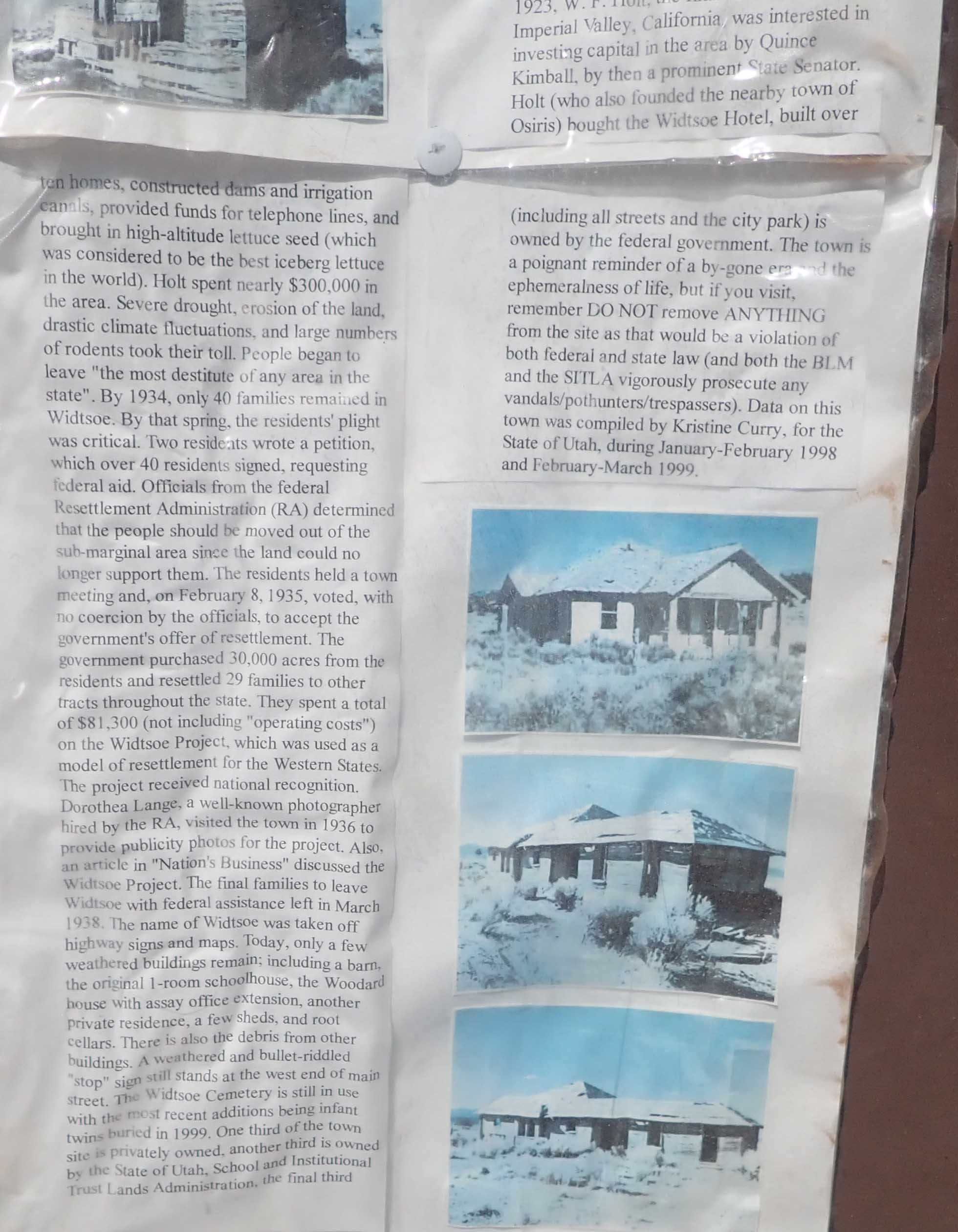