For some time the Ballistic Systems Division of the United States Air Force Systems Command was concerned about the high cost of testing re-entry systems. In 1961 the AFSC instituted, as part of the Advanced Ballistic Re-entry System program (ABRES), the Athena program which was aimed at improving ballistic penetration through the use of smaller, less expensive missiles than those flown from the eastern and western test ranges at Cape Kennedy, Florida, and Vandenberg Air Force Base, California. The BSD officials concluded that if they could develop scaling laws, a smaller missile could do the same job as a larger Atlas or Titan and that the results from the smaller projectile could then be scaled up to fit the larger and more costly rockets.

The Air Force had conducted some re-entry type experiments at the Army's 4,000 square-mile White Sands Missile Range in New Mexico. But to make test flights at re-entry velocities ABRES had to find a launch site from which missiles could be projected from some distance to the White Sands site. It was necessary that overland test flights dislocate and inconvenience as few people as possible. After considerable research, the Department of Defense concluded late in 1962 that shots from Green River, Utah, would inconvenience only 32 people, and so Green River was chosen. It is some 425 miles northwest of the impact area of White Sands.

At first, there was considerable local and state apprehension over the establishment of the missile base near Green River. Lieutenant Colonel August T. McColgan, former information officer at White Sands, met with the Green River Chamber of Commerce to allay such fears. He said that the town would grow accustomed to the noise after the first couple of shots, and that there would be no hazard to the town. The government contracted to pay per diem to ranchers for evacuating during Athena firings and to reimburse them for any damage which the test did to their property.

A major concern was associated with the area of the drop zone of the first-stage booster rocket. The impact dispersion area lay about 45 miles southeast of Green River, between the Colorado River and the north edge of the Manti-LaSal National Forest. About five per cent of the zone was within the Canyonlands National Park, and there was some fear that park visitors might be in danger. Service officials pointed out that they would give 24 hours notice before any launch and post signs at all roads entering the drop area. After these assurances, state officials agreed that the Defense Department could locate the site at Green River.

Concurrently with obtaining agreements with the owners in the safety areas, the Army Corps of Engineers had begun construction at the cantonment and assembly areas, which were located approximately two miles southeast of Green River. The Utah State Land Board granted a right-of-entry to 1,600 acres of state land, and the Bureau of Land Management issued a special permit to the Corps of Engineers for 11,098 acres. Low bidder for the basic construction was the Olson Construction Company of Salt Lake City, which bid $1,235,072. The contract included support structures, utilities, and roads. Later construction has increased the value of the installation to more than $3 million.

The Green River Launch Facility is actually an Army installation which is operated in connection with the White Sands Missile Range, with the Air Force as a tenant. The Air Force Ballistic Systems Division at Norton Air Force Base near San Bernardino, California, directs the missile program, and the Ogden Air Materiel Area at Hill Air Force Base near Sunset, Utah, has support responsibilities for the installation. OOAM A stores the Athena rocket motors in ammunition igloos at Hill AFB and sends calibration specialists to calibrate missile control instruments at the Green River site. Prime contractor for the Air Force program is the Atlantic Research Corporation of Alexandria, Virginia, through its offices in Duarte, California. Other contractors include Dynalectron and American Vitro Corporation (AVCO).

The facility consists basically of three areas. The first of these is the cantonment area near Green River, supported and maintained by Dynalectron's Land-Air Division which succeeded Bendix Field Engineering Corporation in this capacity on February 1, 1965. This area includes 59 trailers used as bachelor officers' quarters, offices, a mess hall, a laundry, and a latrine. There are seven prefabricated buildings for supply, a telephone exchange, and engineer and transportation use. Adjacent to the cantonment area are storage facilities for the Athena missile rocket motors.

Although near the cantonment area, the second area, the Atlantic Research Corporation Assembly Area, is outside the actual limits of the government-controlled complex. It occupies the facilities originally constructed for the Union Carbide Uranium Company, which had produced uranium and vanadium in the 1940's and 1950's.

The third, or launch area, is almost five miles down range from the assembly area. It consists of a fall-back area, a blockhouse, three concrete launching pads, and various meteorological system component facilities.

The assembly areas and housing area at Green River comprise 44 acres, the operations are contained in 3,546 acres, and the safety area is 12,000 acres. All land areas were acquired through cooperation of the individual landowners and without condemnation proceedings. White Sands Missile Range holds the land under an exclusive use lease with renewal options through June 30, 1968.

The Athena, which is the test vehicle for the ABRES program, is a 4-stage, 50-foot, 8-ton, solid-fuel missile which can simulate the speeds and re-entry phenomena of the much larger intercontinental ballistic
missiles. It incorporates an altitude control system for terminal guidance and has two basic configurations enabling re-entry angles of 21 and 43 degrees. The Athena carries a nominal payload of 50 pounds and its re-entry velocity is approximately 23,000 feet per second. The major part of the Athena is produced by Utah companies. The first stage consists of a Thiokol XM-33 E8 Castor missile, augmented by two XM-19 EL Recruits, both of which are products of Thiokol's Wasatch Division (west of Brigham City). The second stage consists of either a Thiokol T X 261-2 for low angle re-entry or the Hercules X259-A4 for high angle reentry tests. The fourth stage is a Hercules BE-3 Ranger (Bacchus). The third stage — the only stage not produced in Utah — is an Aerojet General 30KS-1100. The payloads themselves are produced by General Electric, Lockheed, AVCO, Sperry (Salt Lake City), and other companies.

Several problems are being studied in the current set of test firings, which began in 1964 and have recently been rescheduled to last through 1967. During Athena flights, data are gathered by sophisticated radar and other instrumentation installed at White Sands. Preliminary test firings made in February and May 1964 failed, but later firings were concluded successfully. The original 77 launches announced in the series were to cost $65 million, but a new contract for $14 million will allow 36 subsequent launches. The initial tests were successful, and with the new contract, it is possible that the Green River range may develop into a permanent low-cost site for testing small scale re-entry vehicles for larger rockets.

In addition to the service it performs for the Department of Defense, the Green River Test Complex provides another example of the positive impact of the federal government upon the economy of a Utah community. By December 1963, 136 persons had already been employed at the installation. Atlantic Research Corporation had opened nearly a full block of offices at the site, and the bulk of the personnel was finding homes in Green River, though some lived at Price, Dragerton, and Moab. By 1963 approximately 450 persons were employed at the base, with a payroll in excess of $3 million yearly. This installation has undoubtedly provided a shot in the arm for Emery County which, owing to difficulties in the coal industry, underwent a decline in population between 1950 and 1960.

Directions to Get There:
All of these sites are located within a 10-15 drive of Green River, Utah and many locations (Site #13-21) are on the north side of Interstate 70 on the outskirts of town proper. Please use the coordinates above for precise site locations.

Accessibility:
The site is currently in a limbo stages, most recently undergoing ground sample analysis to determine what if any remediation work needs to be completed.

Mind if I add a few more photos? 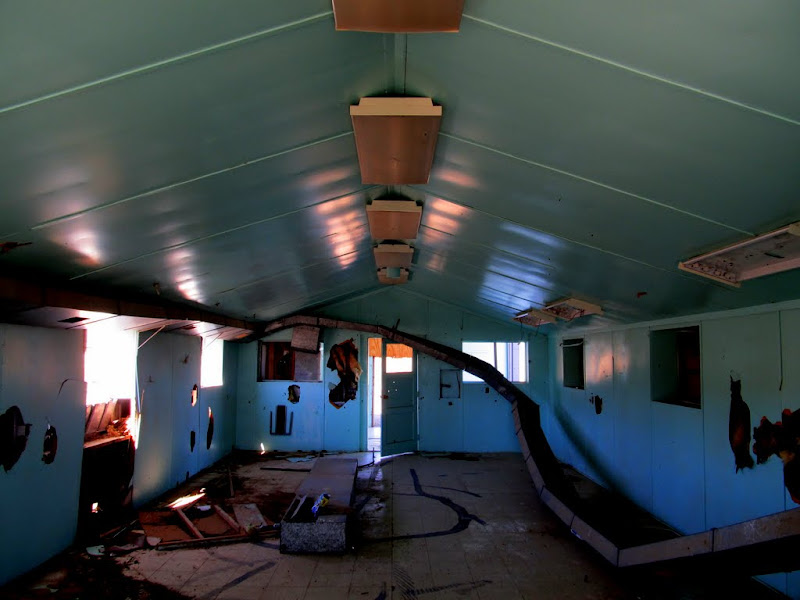 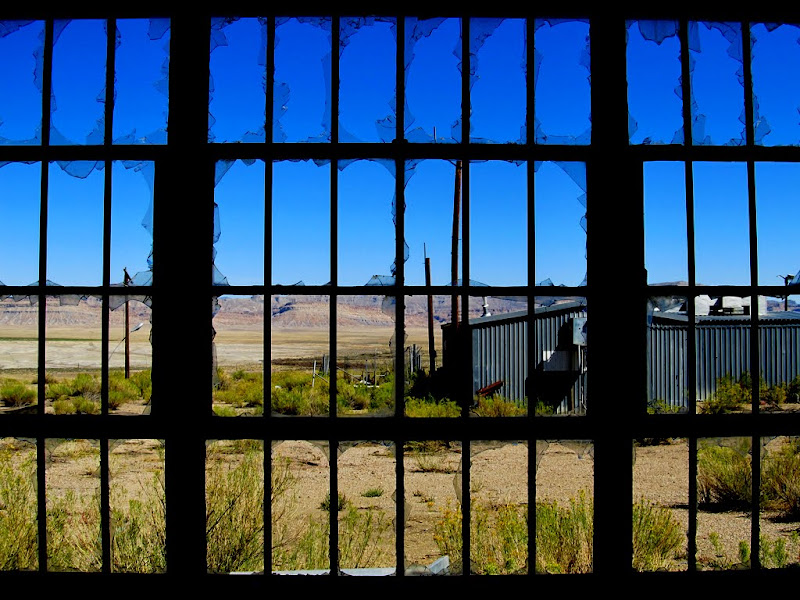 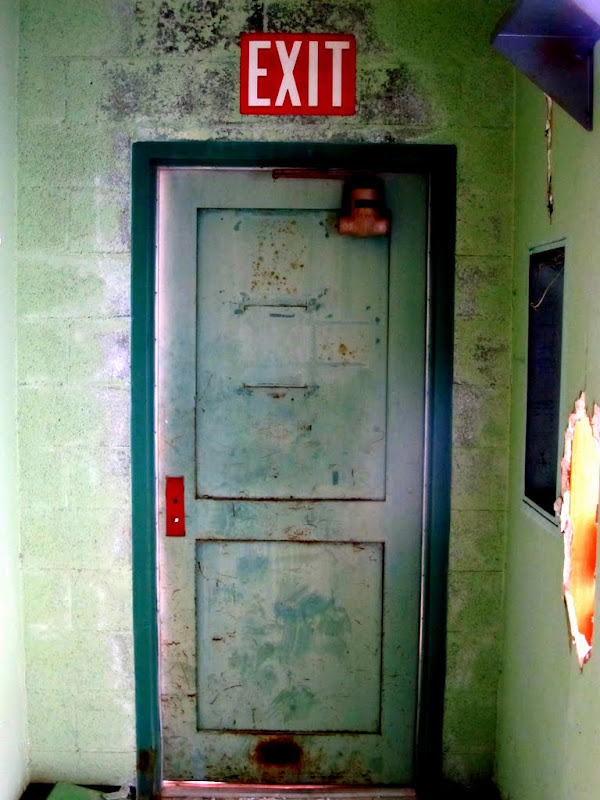 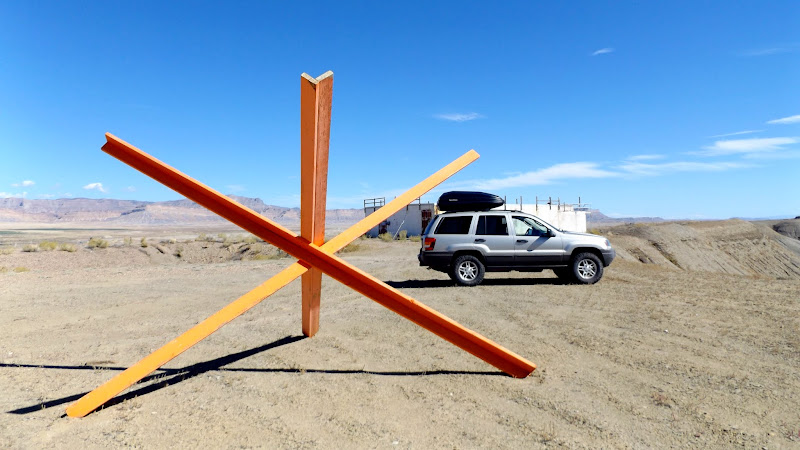 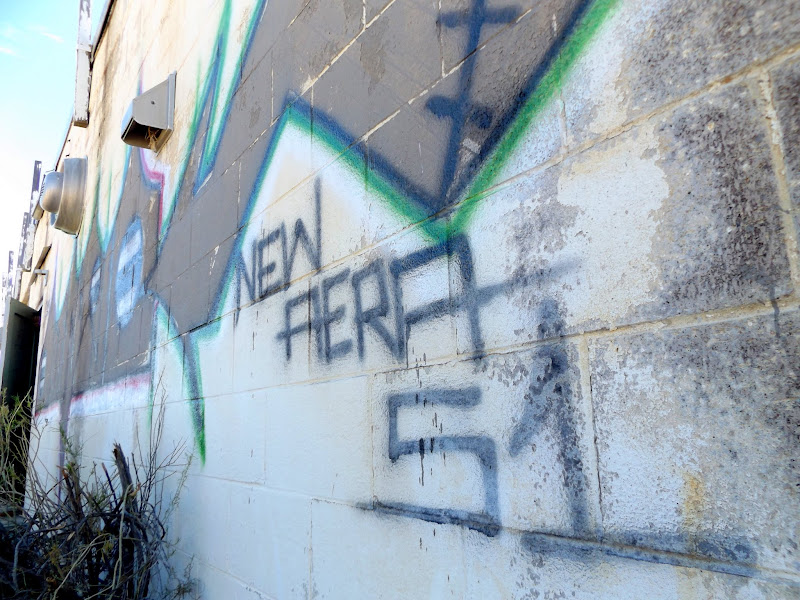 Udink said:
Mind if I add a few more photos?
Click to expand...

Not at all, add any photos, links or site info you may have.
T

There was apparently a missile launch from near Gilson Butte in the San Rafael Desert (near Goblin Valley) in the mid 1960s. A large military tent camp was set up near there, and on a small sandstone butte between the larger northern and southern Gilson Buttes, there are some 1966 inscriptions made by the military men. These photos are currently on Panoramio from user dieter45:

Supporter
RR Staff
Wow, very cool. I've never heard of that site. Have you visited it?

cruiseroutfit said:
Wow, very cool. I've never heard of that site. Have you visited it?
Click to expand...

A friend of mine has been to the inscriptions between the north and south Gilson Buttes, but there's no sign of the military camp that used to be there.

Udink said:
A friend of mine has been to the inscriptions between the north and south Gilson Buttes, but there's no sign of the military camp that used to be there.
Click to expand...

Neat, I'll have to put that on the to-do list.

Udink said:
There was apparently a missile launch from near Gilson Butte in the San Rafael Desert (near Goblin Valley) in the mid 1960s. A large military tent camp was set up near there, and on a small sandstone butte between the larger northern and southern Gilson Buttes, there are some 1966 inscriptions made by the military men. These photos are currently on Panoramio from user dieter45:
Click to expand...

Yeah, I think they did this a couple of times. It was to test the mobile Athena launchers.

It's great to learn about all the history and stories that our deserts hold, I had no idea about ether of these sites in utah!

Supporter
Thanks for the write up!
We tried to get in there from the I-70 entrance in 2005 but the gate was locked and "No Trespassing" signs were up.
Has it since been opened to the public?

Staff member
Supporter
Great info! I haven't been able to follow all of the links yet, but VERY cool!

ScoutnUSA said:
Thanks for the write up!
We tried to get in there from the I-70 entrance in 2005 but the gate was locked and "No Trespassing" signs were up.
Has it since been opened to the public?

It's wide open as of my last visit in May of this year, in fact fences have been removed in some areas.

cruiseroutfit said:
It's wide open as of my last visit in May of this year, in fact fences have been removed in some areas.
Click to expand...

Going to have to put that back on the "need to visit" list.