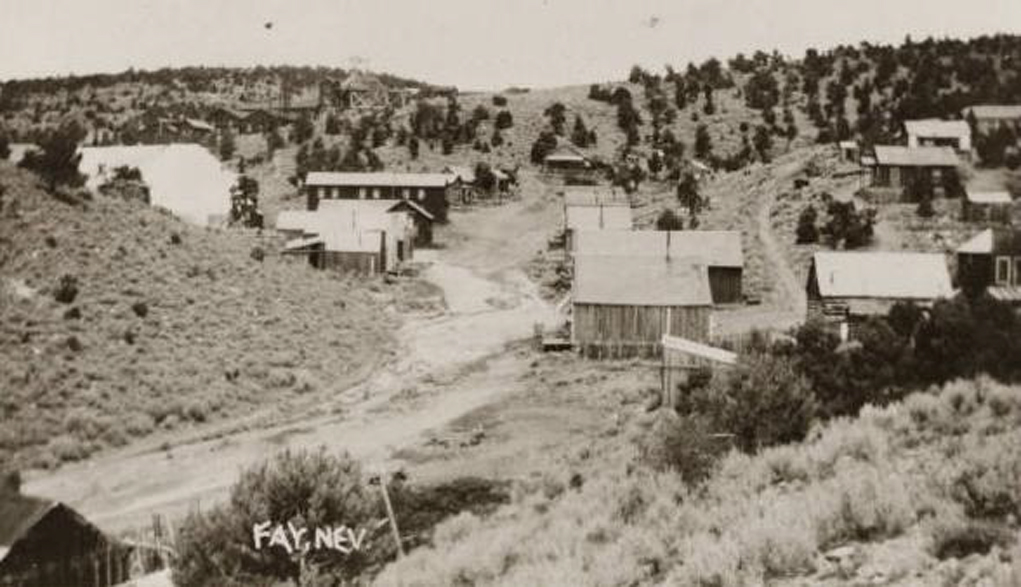 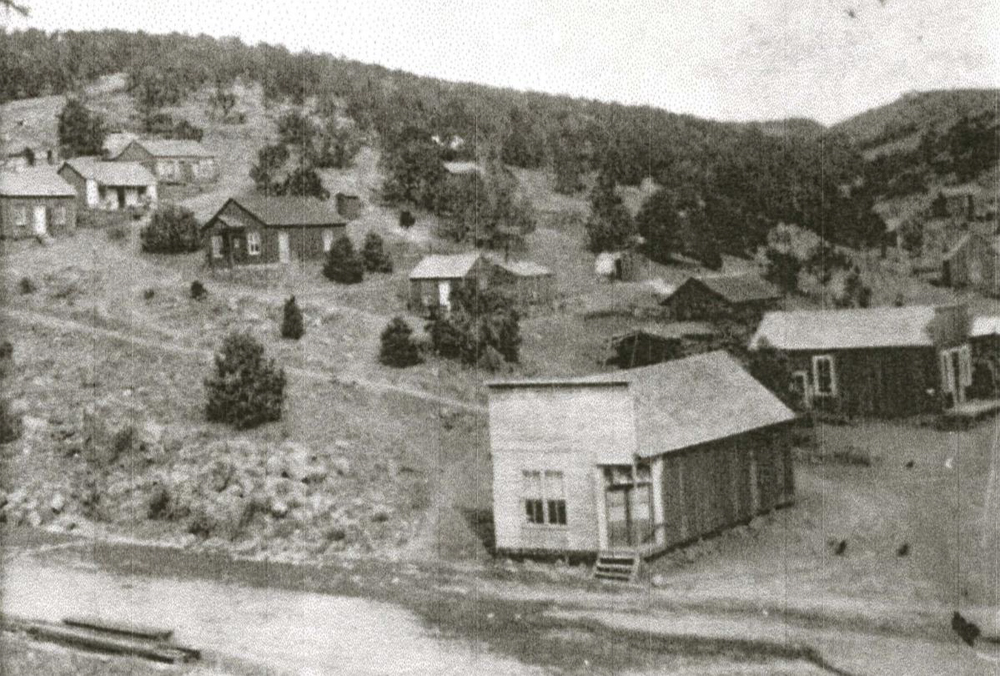 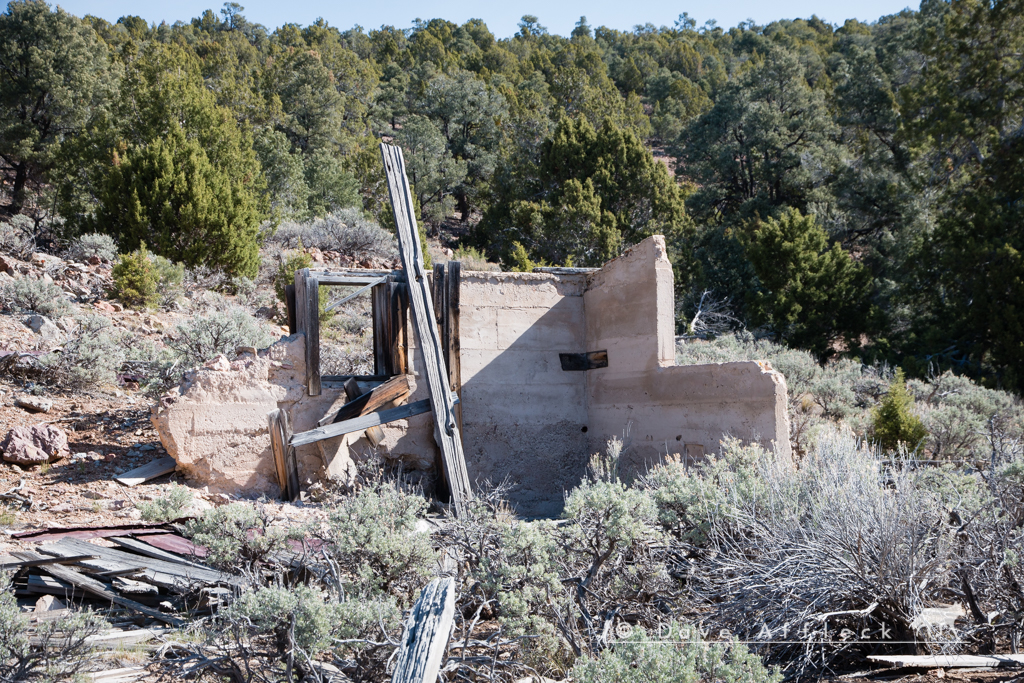 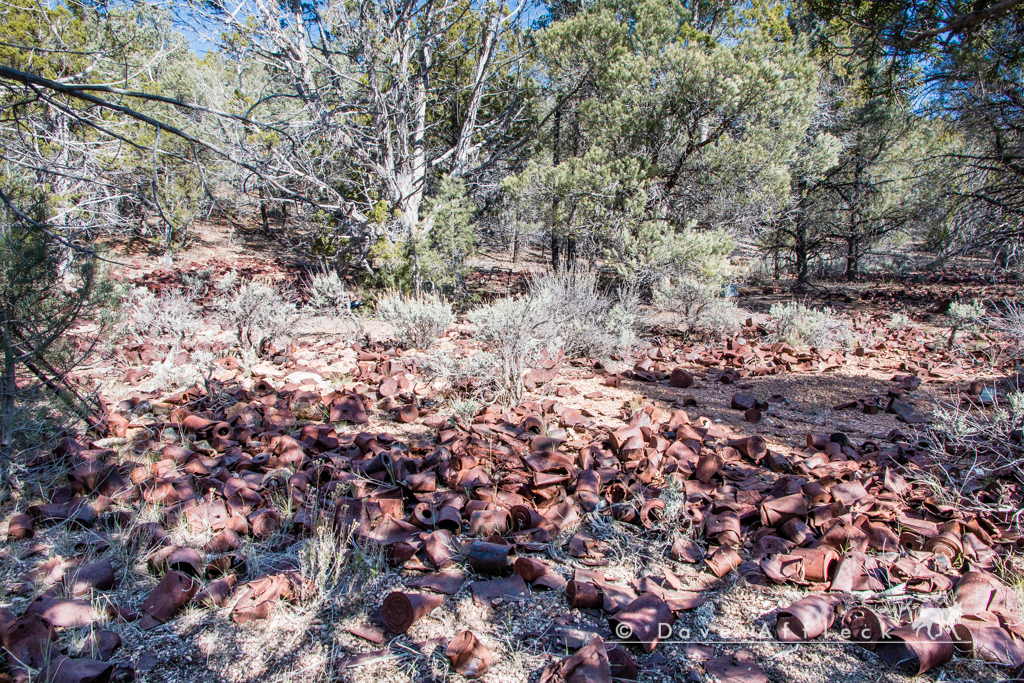 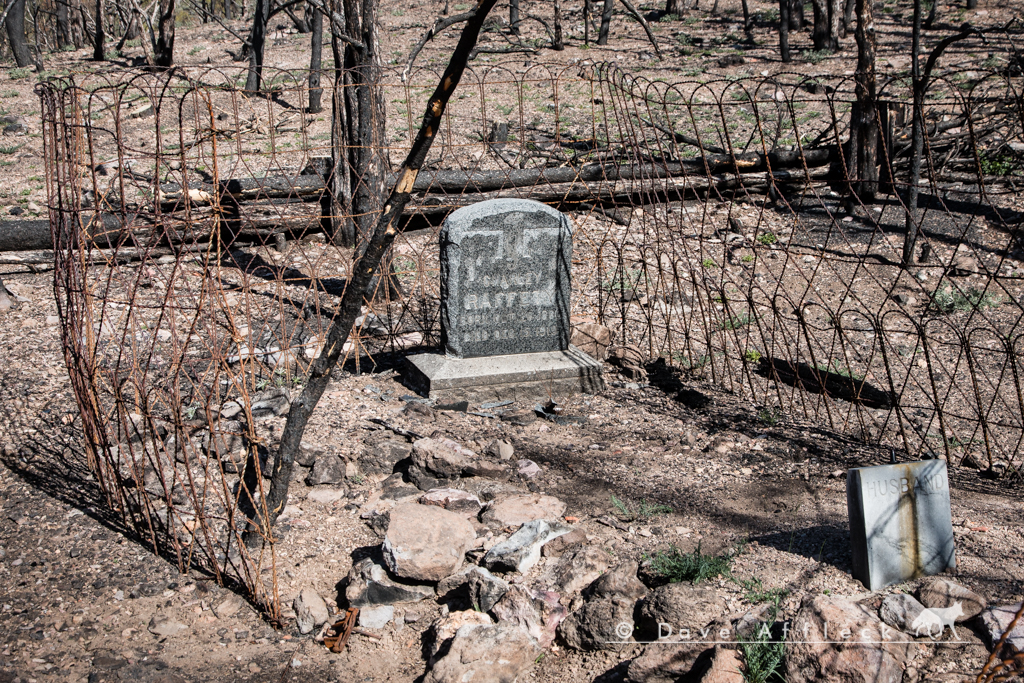 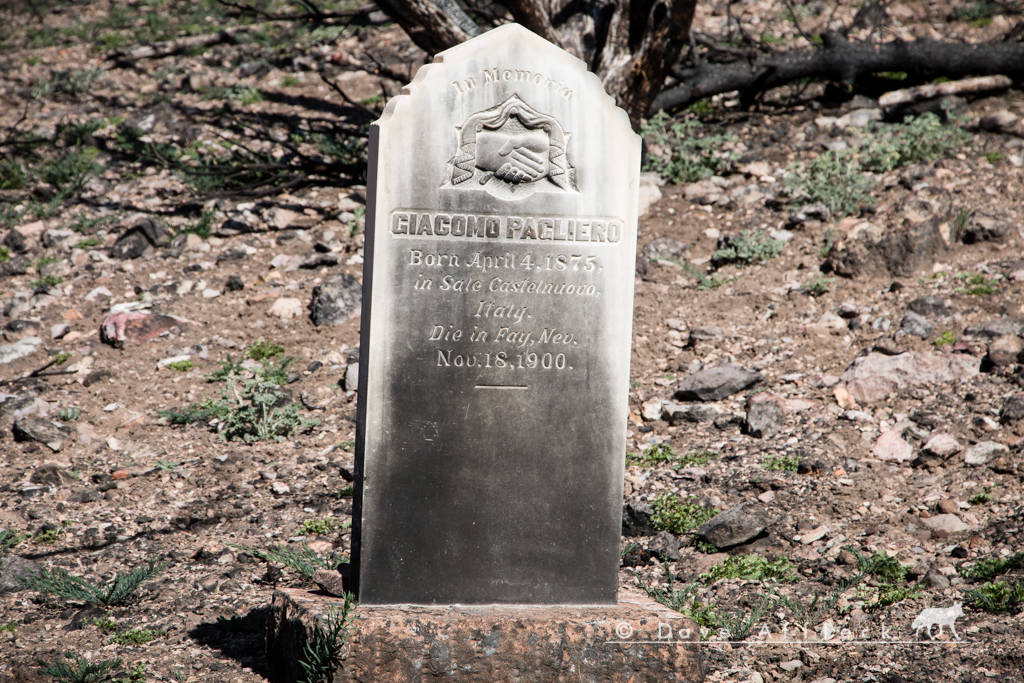 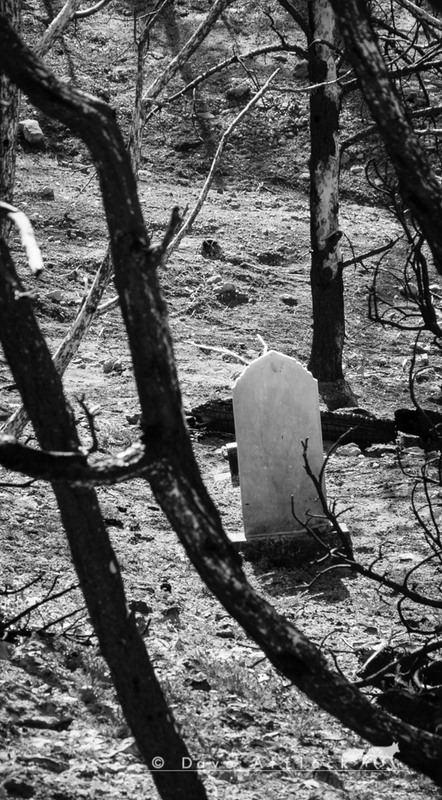 Fay is located in the upper end of Fay canyon. The town was established in 1900 to serve as a base for mining at the Horseshoe mine, which was the biggest producer in the Eagle Valley mining district. By 1901 Fay had four saloons, a post office and regular stage service. Main street ran north and south along the floor of the canyon, with the largest buildings along Main street. According to mine company records, population peaked at around 150 souls. Production at the mine ended in 1914, leading to the inevitable decline of the town. By 1924 the post office was removed.

Fay has not been judged kindly by history, as it is best remembered for the following incident…

As part of the July 4th celebrations in 1901, a prize fight was held in Fay. The fight, between Mr. Mantor of Stateline and a black man named George Ellis, ended in a draw. This contest, poorly attended since it was so late in the festivities, led to the most famous event in Fay's history, one that should have brought shame to the community rather than pride - but did not. Many of the most prominent residents and mining company officials in town at the time were involved in the lynching of George Ellis.

Ellis remained in Fay after the fight as the town's only black resident, working for a merchant as a clerk. In October 1901 he supplemented his income by doing some road work under a contract with saloon owner H. H. Cooper, who was the County Road Superintendent at the time. Cooper refused to pay Ellis for his labor. Ellis sued Cooper and won a $36 judgment which was appealed. Meanwhile, Ellis moved to a wood camp outside of town. According to E. H. Hackett, Cooper incited a group of local toughs to attack Ellis at that remote site. The gang tried to hang Ellis three times, stopping only when the branch holding him broke. They stole all of his money, attempted to break his arm, and forced him out of the district with gunfire and threats to kill him if he ever returned.

Directions to Get There: From Modena, head about 3 miles west on the highway and take a right on a dirt road that heads up Gold Springs Wash. After about 10 miles on dirt road, take right up Fay canyon then Midnight Wash, Fay cemetery in about another 4.5 miles. Town site another half mile north.
Last edited: Apr 17, 2015
You must log in or register to reply here.
Share:
Facebook Twitter Reddit Pinterest Tumblr WhatsApp Email Share Link
Top